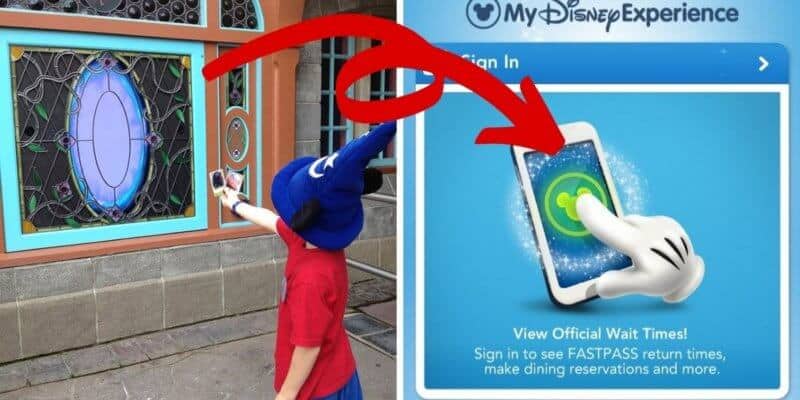 Those are the wise words of Mr. Walt Disney himself. In order to continue moving forward and progressing, in order to accomplish new things and keep life exciting, we must adapt to the times. We must continue to make changes, big or small. And the Disney Parks around the world have continued to follow this quote of Walt’s as they’ve made several adaptions over the years.

The most recent adaptation that Walt Disney World has decided to implement is the retirement of the popular Magic Kingdom theme park interactive game Sorcerers of the Magic Kingdom. Disney representatives confirmed this information with Inside the Magic and provided the following statement:

Our mobile devices continue to play a vital role in the Disney theme park experience, and we are constantly innovating with new, on-the-go digital experiences, such as Magic Mobile, Play Disney Parks app and additional enhancements to My Disney Experience. With the changes in how our Guests use mobile technology in mind and decreased demand for Sorcerers of the Magic Kingdom, we will be retiring this interactive experience on Jan. 24. Guests will have until then to cast their final spells and help Merlin to defeat the notorious Disney villains.

We thank our Sorcerers of the Magic Kingdom fans for their dedication and hope they’ll remember this fun experience. And of course, we thank our Cast for helping recruit sorcerers and sending them on their adventures.

In case you aren’t familiar, Sorcerers of the Magic Kingdom is an interactive scavenger hunt that allows Guests to work with Merlin and stop Hades from taking over the theme park. The official description reads:

If you’ve played this game at Magic Kingdom, you know that it utilizes older technology and playing cards. With the times changing and technology adapting, and smartphones being used for nearly everything, Disney is continuing to adjust theme park offerings so they adapt to the new era, and this game seems a bit outdated, even with its loyal fanbase.

The game used paper cards and some advanced technology as the screens read which cards Guests would use, however, with so many things moving to smartphone use as well as to the My Disney Experience app (or the future Disney Genie), it looks as though this game doesn’t make the cut. And as Disney representatives have shared, “with the changes in how our Guests use mobile technology,” it is time to wave goodbye to the Sorcerers of the Magic Kingdom and see what the future holds for the theme park’s offerings.

With Walt Disney World continuing to move forward and adapt its offerings, what could be next?

Well, we could see Disney World implement another type of interactive scavenger hunt game, this time using an app specifically for the game and using more updated characters such as Rapunzel and Mother Gothel, Anna and Hans, or even some Pixar characters such as Ian and Barley from Onward or Joe and 22 from Soul.

Perhaps we could see Disney World come up with a completely new experience that is nothing like a scavenger hunt. Maybe we could see some sort of trivia game that allows Guests to look for small hidden details throughout the park that could be answered right on your smartphone — similiar to the Play Disney Parks Mobile App, except this new experience would end with a prize and allow you to advance levels to continue earning a higher status. On the other hand, maybe the Play Disney Parks app is truly something that has replaced the need for Sorcerers of the Magic Kingdom or any experience like it.

Whatever Disney World decides to do moving forward, we bet it will be magical!

Have you ever played Sorcerers of the Magic Kingdom? What do you think about Disney continuing to adapt to the new ages? Let us know in the comments below.