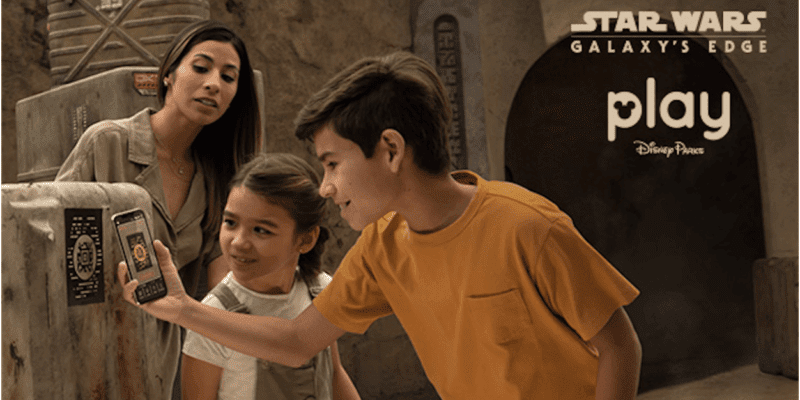 The Play Disney Parks App has given guests more ways to interact and immerse themselves in the parks like never before from their own smartphones. Up until this point, a majority of the games provided are games created to help wait out long lines for rides from Soarin’ to Space Mountain. But Star Wars: Galaxy’s Edge was designed with the app in mind to give you an immersive experience like no other, allowing you to write your very own chapter of the Skywalker Saga.

How does the Play Disney Parks App work? 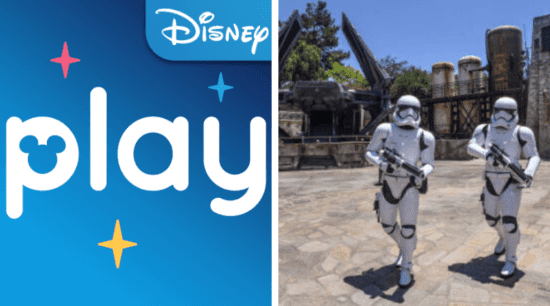 The app operates using your location. That means you cannot use it outside of the parks. Games are only activated when you are in the designated area. So, if you are exploring the Black Spire Outpost, you will register, and your immersion into this new world can begin.

According to a press release issued by Disney,

Star Wars: Galaxy’s Edge is the first land within a Disney park designed to integrate with the Play Disney Parks mobile app…When guests choose to use the Play Disney Parks app in Star Wars: Galaxy’s Edge, they will be able to transform it into their very own Star Wars Datapad. Using the app provides new opportunities for guests to engage with the land, such as translating a galactic language or learning what’s hidden inside crates and containers.

In addition, guests can use the Play Disney Parks app to interact with elements in Star Wars: Galaxy’s Edge, including droids, blinking door panels, and antenna arrays.

But, the coolest part is that you get to become your own character in the show that is happening around you and choose your side: Resistance or First Order?

“Are you with the Resistance or the First Order?”

Yes, it’s time for you to become part of the story and decide which team you want to support. Are you a rebellious member of the Resistance? Or are you a power-seeking ally of the First Order? You make the call, and your entire experience in Batuu will be affected by your decision.

According to Disney’s press release:

Throughout the day, guests may participate in a multiplayer game throughout the land, “Outpost Control,” to support either the Resistance or the First Order.

Each experience is different depending on what side you choose, and you will interact with the characters, taking orders, and completing tasks. “Outpost Control” is only a stepping stone into making your trip to a Disney park far more immersive on a deeper personal level than ever before. Next time you’re on Batuu, give it a try!

Have you been using the Play Disney Parks App? What side will you take at Star Wars: Galaxy’s Edge? Let us know in the comments!

Comments Off on Become Part of the Saga with the Play Disney Parks App in Star Wars: Galaxy’s Edge