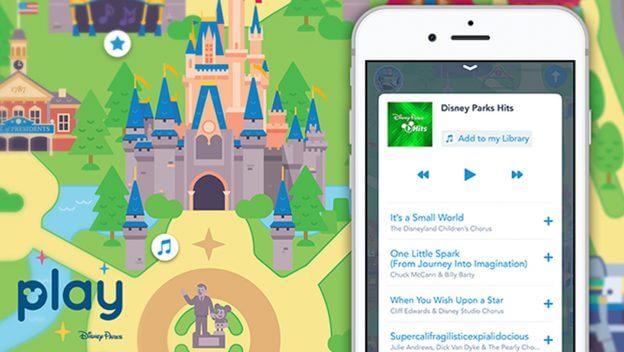 Take a look at the new playlist below:

Some of Disney’s most iconic music – including “It’s a Small World” and the soundtracks of “Mary Poppins,” “The Jungle Book,” and more – has come from the legendary duo of Sherman and his brother Robert. The two talented songwriters worked alongside Walt Disney to create many of the famous ditties from the golden age of Disney movies and theme parks.

The Play Disney Parks app links up with Apple Music to provide a curated audio experience inspired by your favorite theme park lands, attractions and characters. Apple Music subscribers are also able to add their favorite Disney tracks directly to their Apple Music library and take the magic of the Disney parks home with them. The app currently features more than 30 unique playlists for guests to enjoy, featuring Disney Parks classics as well as newer favorites.

Disney also promises that the Play Disney Parks app will continue to evolve over time, adding new experiences and offerings, including ones themed to the highly-anticipated Star Wars: Galaxy’s Edge.

The Play Disney Parks App is available now for free on the App Store and Google Play.

Have you tried the Play Disney Parks app? What do you think? Let us know in the comments below!