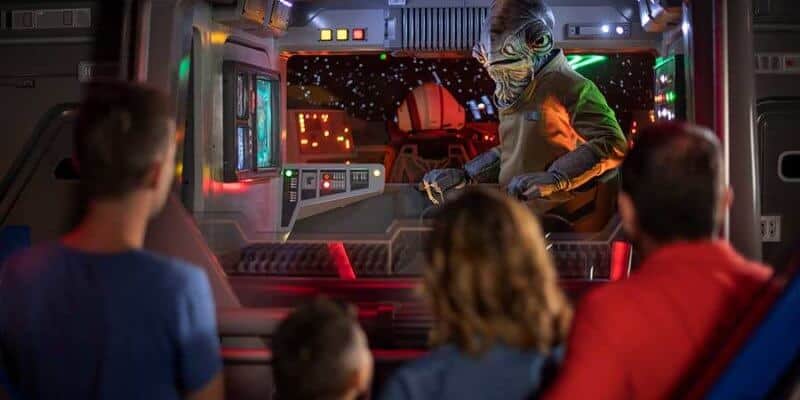 Star Wars: Rise of the Resistance — perhaps the most highly anticipated attraction in Disneyland history — finally opens at the west coast version of Galaxy’s Edge on January 17. To help ease guests’ worries and nerves, Disney released a guide to the virtual queue Boarding Groups that will be in place beginning the day the attraction opens next Friday.

If you’re unfamiliar, Disney introduced virtual queues for Star Wars: Galaxy’s Edge when the lands opened to the public at Disneyland and Walt Disney World in 2019. The Walt Disney World version of Star Wars: Rise of the Resistance opened at Disney’s Hollywood Studios on December 5, and since then Disney has had a virtual queue in place to guests wanting to experience that attraction. (You can read all about that here!)

Here’s Disney’s official guide to using the virtual queue Boarding Groups to ride Rise of the Resistance at Disneyland park:

First things first. The Disneyland app* allows you to navigate that land and even utilize the mobile ordering feature at select dining locations when you are in the land. Be sure to download before you go!

2. Plan around your attraction experience

Starting Jan. 17 as needed, a virtual queue for Star Wars: Rise of the Resistance may be implemented to help deliver the best possible guest experience, allowing guests to explore other areas of the park while waiting for their turn to ride. The Disneyland app will have a dedicated module, Star Wars: Rise of the Resistance – Access by Boarding Group, available from the main page. Here’s how it will work:

*Message, data and roaming rates may apply. Availability subject to handset limitations, and features may vary by handset, service provider or otherwise. Coverage and app stores not available everywhere. If you’re under 18, get your parents’ permission first. Some features require separate theme park admission

Our best advice to anyone looking to ride Rise of the Resistance on opening day — January 17 — is to brace yourself for crowds and go into the day with an open mind. Get to the parks well before park opening so that you are able to enter the park as soon as you are allowed to and join a Boarding Group when the park is officially open for the day (Disneyland park opens at 8 a.m. on January 17). While the crowds at Disneyland tend to be a lot different than those at Disney World, this is a very highly anticipated new ride, and there are plenty of people planning to visit Disneyland Resort on Martin Luther King, Jr. Weekend so they can ride the attraction as soon as possible.

Book a trip to Disneyland with the Authorized Disney Vacation Planners at Academy Travel to live out your Star Wars dreams at Galaxy’s Edge!