Those who have been enjoying the Sorcerers of the Magic Kingdom game have become used to frequenting the Magic Kingdom park to pick up their free cards. But starting next month those who want to complete their set will have to purchase the new trading card game, one pack at a time, hoping to receive those final 10 cards and become the ultimate Sorcerer.

Spell cards 61-70 will soon be released via a new trading card game due out in August at Walt Disney World parks (and online at a date to be determined later). The home version of the game is being developed by Disney Theme Park Merchandise and will feature seven randomly selected spell cards in each pack including at least one of those rare high number cards. The pack will retail for $11.95.

UPDATE (8/16/12): Game boards and the remaining cards will be available in the Emporium at the Magic Kingdom beginning August 17, 2012, initially limited to five game packs per guest, per day. 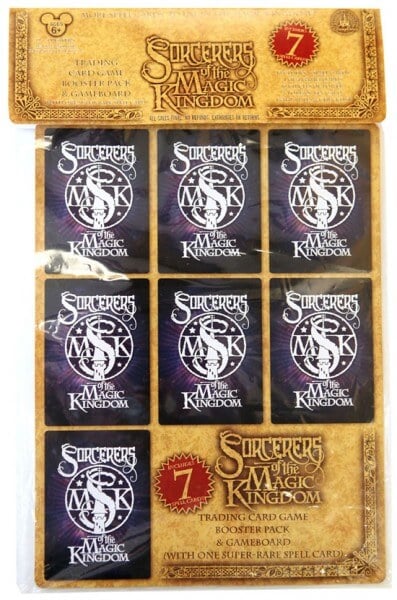 But it’s not only cards that come in the for-purchase pack. Also included will be one of four game boards, each themed to a different villain: Maleficent, Dr. Facilier, Jafar or Cruella DeVil. Game rules, tokens, and a spell card checklist will be part of the package as well. 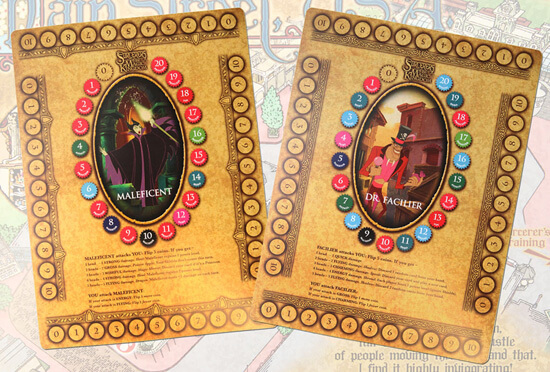 UPDATE: Steven Miller, Merchandise Communications Manager for Disney, reached out to me to clear up that while cards 1-60 will still be available for free in the parks, the remaining rare ten will only be available as part of the pack available via retail. All other cards, free and purchased, will be identical and can be used as part of the in-park game as well as at home.

He also shared on the Disney Parks Blog that Sorcerers of the Magic Kingdom T-shirts, a card binder, and an open edition pin are forthcoming.

The game is designed for ages six and up and will offer Sorcerers fans a chance to take some of the fun home to play outside of the parks, featuring artwork directly from the park experience one each card. And those who are in the parks can use the included rare cards to enhance their gameplay.

For those wanting even more Sorcerers merchandise, a new mystery pin set has been revealed, with each pin featuring a different villain, from Chernabog to Hades: 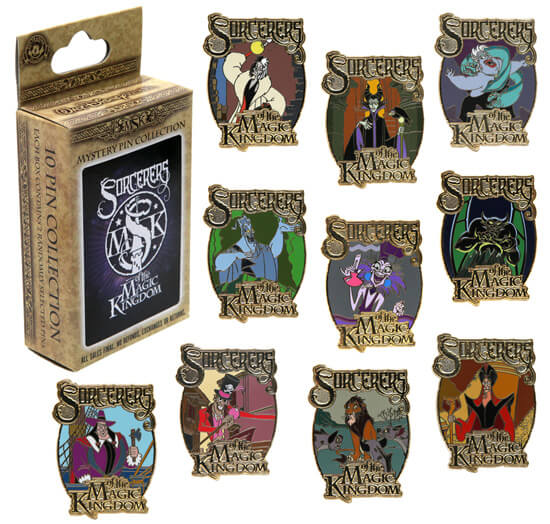 Learn more about Sorcerers of the Magic Kingdom in our interview with Imagineer Jonathan Ackley, creator of the game:

And see Sorcerers of the Magic Kingdom in action, in Fantasyland: