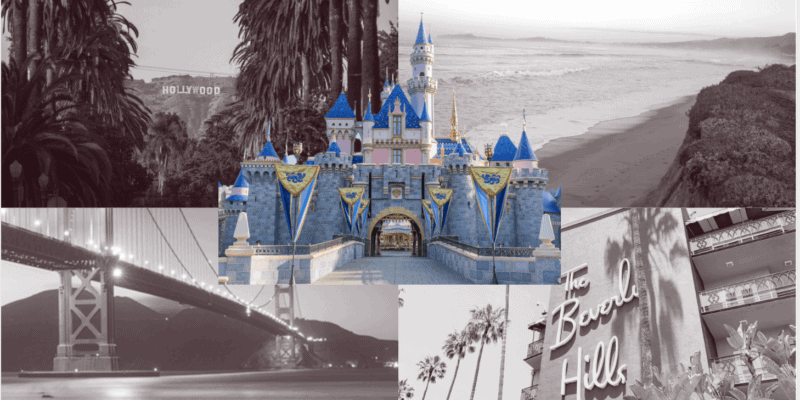 It’s no secret that Disneyland Resort and other theme parks in the state of California have struggled to reopen amid the ongoing coronavirus pandemic.

Governor Gavin Newsom’s Blueprint For a Safer Economy and theme park reopening guidelines prohibit large amusement park properties — including Disneyland Resort and Universal Hollywood — from welcoming visitors until they meet very specific criterion, such as the counties in which they are located being moved to the state’s yellow “minimal” COVID-19 tier.

Anaheim, where Disneyland Park and Disney California Adventure Park are located, has been hit especially hard by the effects of the pandemic. Many of the workers in the city are employed in the hospitality industry — if they aren’t directly employed by The Walt Disney Company, they work at Disney Good Neighbor Hotels and local restaurants that cater to Disneyland Guests when they venture off-property.

When ITM spoke to Visit Anaheim President and CEO Jay Burress in early November, he shared that, at that time, 33-35 hotels remained closed with no signs of reopening. Mr. Burress said, “No one ever thought in a million years that it would last this long without a light at the end of the tunnel.”

In a recent report, the San Francisco Chronicle confirmed that the situation for California’s tourism economy is grim:

The state’s tourism economy — typically the most robust in the country — has cratered during the past eight months, the reports show, as international leisure travel has all but evaporated and statewide shelter-in-place mandates largely kept Californians close to home during the summer months.

The Chronicle also asserts that the pandemic has pushed the state’s tourism back “a full decade.” This information showcases the challenging road ahead for Disneyland Resort, particularly amid Governor Newsom’s newly instituted regional stay-at-home order that has limited dining and other operations at a variety of establishments, including businesses at the Downtown Disney District and partially reopened Buena Vista Street.

As Mr. Burress shared with our team:

“As we saw when Downtown Disney opened up, there was a line down the street to get in. So pent-up demand is what we want to capture right now of those who want to travel and come in for a couple days.”

“Without our key drivers of Disneyland, conventions, Angels, Ducks, and concerts, we’re going to have a hard time until we get some things going again.”

People miss California and want to return. Hopefully, as positive vaccine progress and distribution continues, it won’t be too long before the Golden State can return to its former glory and Disneyland Resort can once again become the Happiest Place on Earth.

At this time, there is no reopening date set for Disneyland Park or Disney California Adventure Park — both Southern California Disney Parks remain temporarily closed as coronavirus cases continue to rise across the United States.

Have you visited the Downtown Disney District or Buena Vista Street since Disneyland Resort’s coronavirus closure on March 14?