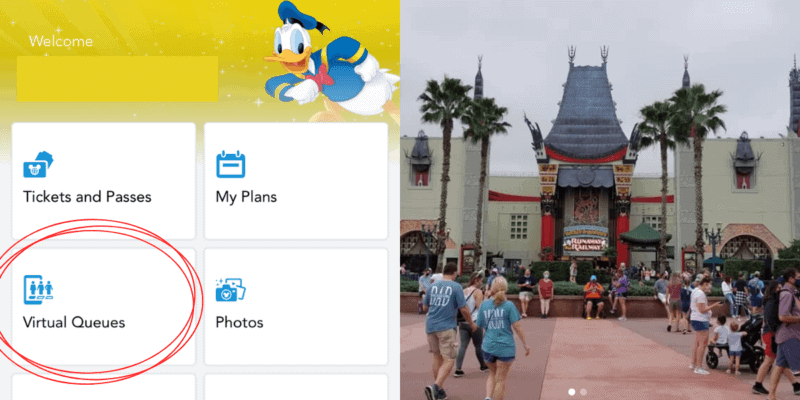 It is finally happening. While the capacity is confirmed to remain capped at 25%, more and more people are returning to the theme parks of the Walt Disney World Resort. It seems like every day now we are seeing longer and longer lines from the parking plazas to the attraction queues, and I believe that it has gotten to the point where Disney needs to start implementing and normalizing its virtual queue system.

Disney CEO Bob Chapek went on record to say that Disney World theme parks are capped at 25% and will remain there because of the CDC’s social distancing guideline to keep people six feet apart. But because of that six-foot rule, queues for attractions are beginning to appear excruciatingly long. A 45-minute wait for Seven Dwarfs Mine Train at Magic Kingdom almost completely wraps around the attraction. A 35-minute wait for Frozen Ever After at EPCOT extends beyond the Norway Pavilion into China. And do we need to even mention the line for Mickey and Minnie’s Runaway Railway at Disney’s Hollywood Studios?

Now, I know from personal experience that if you ignore the look of the line, you will notice that you fly through and get to experience the attraction much sooner than anticipated. It can be argued that it actually benefits the overall experience because your expectations are exceeded, but it is still incredibly off-putting seeing massive lines wrapping around everywhere.

Walt Disney World finds itself in an extremely fortunate position. It is experiencing lines seemingly equal to those seen when the park is at actual capacity, but it only has 25% of the Guests. This is the perfect opportunity to implement, test, and establish its virtual queue system across the resort.

While I have seen most Guests and fans asking to have Disney’s FastPass+ reinstated, I believe it is time to leave it in the past and move on to the virtual queue. Not only is a virtual queue the next logical step from FastPasses and in-queue entertainment, but I believe will be even more effective in keeping lines short and crowds more dispersed throughout the theme parks.

To be clear, I’m not talking about extremely short, but just enough that the extensive lines will be gone (at least, lines outside of the constructed queue), and we will be able to enjoy more of the park. Long lines spark anxiety in people and virtual queues will keep those long lines out of sight and out of mind.

I believe the parks, as they are right now, offer the perfect real-life simulation opportunity for the extension of the virtual queue beyond Rise of the Resistance, showing what it would look like when dealing with full capacity crowds while needing to manage only a quarter of the number of people.

I also believe that beginning this transition now would also be looked on favorably by the Guests. Rather than being another annoyance instituted due to the pandemic, the virtual queues will be a sign of progress and hope that Walt Disney World is in fact still moving forward and preparing for the day that things finally return to normal.

Here are a few attractions at Walt Disney World that I believe could benefit from having a virtual queue system.