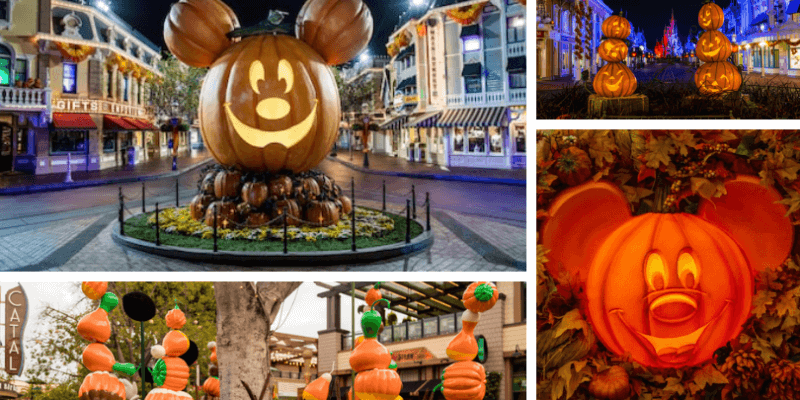 It’s National Pumpkin Day and this famously orange colored squash brings some brightness into the Spooky Season. When the fall season hits, the pumpkins come out to play. There are pumpkin Spice Lattes in the coffee shops, pumpkin recipes of all sorts, many types of pumpkin gourds decorate the front porches around the neighborhoods, Mickey-shaped pumpkins that dress the light poles at Magic Kingdom, and of course the giant Mickey Mouse pumpkin that calls Disneyland Park home! The Halloween season just isn’t the same without pumpkins and right now– just a few short days before Halloween — is the perfect time to celebrate, so here are some ideas for Disney-inspired pumpkin carvings and recipes!

Do you have old Disney Parks Guides and Maps from years past? Decorate your Pumpkins with Disney Park Maps for an eco friendly way to dress up your pumpkin! If you’ve got a Target nearby, Disney teamed up with Target to create no-carve pumpkin decorating kits! Mickey pumpkins are just the cutest and you can recreate the giant Disneyland one at home or try out one of these other Mickey pumpkin variations. With the second season of The Mandalorian airing the day before Halloween, a Baby Yoda pumpkin will surely be a hit with the entire family.

If you’re craving some pleasantly sweet pumpkin recipes, look no further than seasonal Disney Parks treats. If you’re not heading to a Disney Park today or anytime soon, these recipes — some Disney official and some Disney-inspired — will fill your kitchen with the scents of fall and your belly with all the pumpkin goodness. 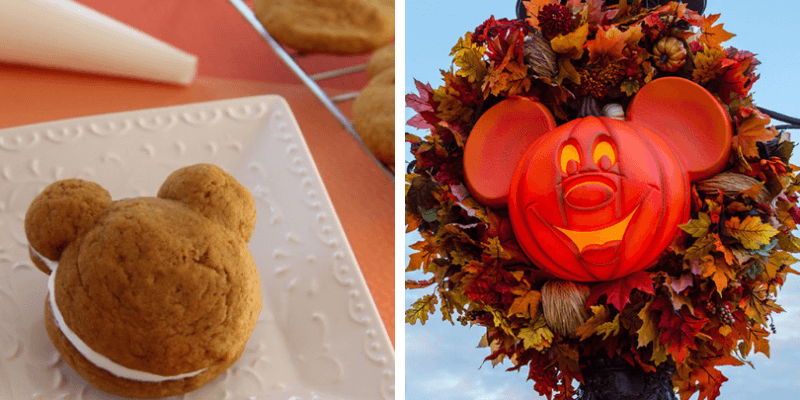 Which Disney pumpkin treat or craft are you trying first?

Comments Off on Celebrate National Pumpkin Day The Disney Way!