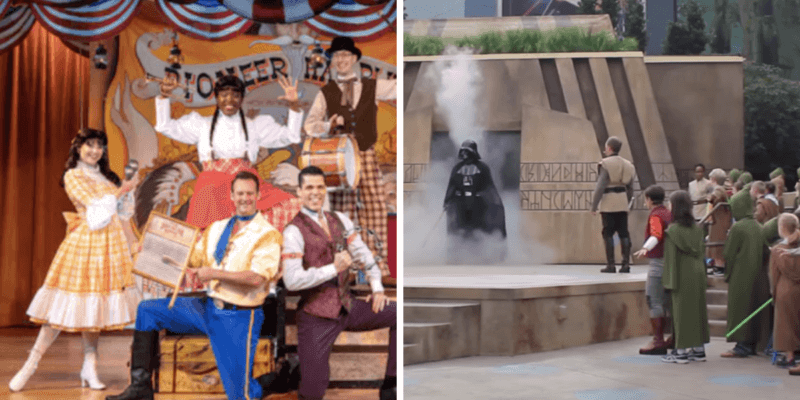 Disney World entertainment was hit hard this week. As more and more Cast Members discover that they are among the 28,000 Josh D’Amaro said would be laid off Across Disney World and Disneyland, we at Inside the Magic stood attentive as over 700 performing Cast Members associated with Actors’ Equity Association (and some of our favorite Disney stage shows) announced their departure.

These beloved actors and actresses were spread across an array of Walt Disney World entertainment, from the Hoop-Dee-Doo Revue at Ft. Wilderness to the Jedi Training Academy at Hollywood Studios. But while their characters and shows they brought to life may have been galaxies apart, their heartbreak remains the same.

“Claire DeLune, you were a dream come true,” wrote performer Nicolette Quintero, referring to one of the Hoop-Dee-Doo characters.

“My dream role at my dream company on one of my favorite stages,” Quintero posted on Facebook. “Today is a very hard day.”

“I will miss saving the galaxy. I will miss the young girls who look at me and think ‘Wow, I can do THAT.’ I will miss my Jedi family,” wrote Jennifer Bonner, who acted in the Star Wars show Jedi Training: Trials of the Temple. “My love to everyone that had the same news today. We are magic.”

Quintero and Bonner’s sentiments are the latest to be heard among the recently laid off performing Cast Members both on stage and in the streets of the theme parks.

Cast Members involved with the following shows were laid off. It should be also noted that none of these shows had returned to Disney World since the reopening:

Our hearts go out to every Cast Member who has learned they were a part of the 28,000 employees let go from Walt Disney World and Disneyland. We continue to await more information pertaining to theme park operations amid the ongoing pandemic, and we’ll report back when more news of the future of Disney Parks entertainment comes to light.

What Disney World show do you miss most? Share your memories with us in the comments.