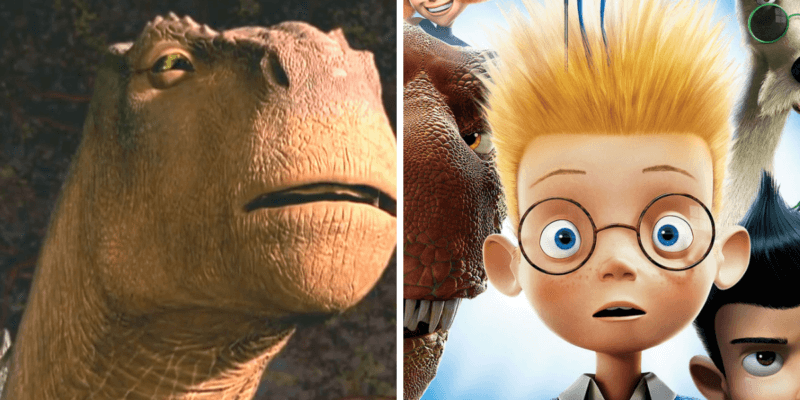 Walt Disney Studios has created some of the most iconic movies ever made. Cinderella, Beauty and the Beast, The Lion King; the list goes on. But what about the forgotten Disney films? What about the movies that, for whatever reason, just aren’t spoken about.

Perhaps they’re not featured in the Disney theme parks or maybe they didn’t perform well at the box office. Whatever the reason, here are four forgotten Disney films that I, personally, never hear people discuss.

If you were like me and you were around to see the new millennium, you’ll likely remember what a big deal Dinosaur was. There were Burger King tie ins, an exhaustive marketing campaign, and even a Dinosaur video game.

It was made at a time when 3D animation was just starting to be accepted as a viable medium for creating a feature film. However, Dinosaur isn’t a fully 3D animated feature, as many of its locations were actually shot in live action with the characters layered on top. This was the time when Toy Story had just rocked the world of animation and Walt Disney Studios wanted to get in on the action.

As a movie, most find it to be aggressively mediocre and forgettable. However, Dinosaur is likely the least forgettable film on the list, in my opinion, due to its presence at Disney’s Animal Kingdom at Walt Disney World.

Regardless, to say this was the film that followed Tarzan and Fantasia 2000, it really isn’t discussed all that much by Disney fans. It’s interesting that other films from the Disney canon released around this time like Treasure Planet and Atlantis are remembered fondly, with numerous internet polls wishing them to be the next movie to get a live action remake. I guess Dinosaur just never made as much of an impression.

This forgotten Disney film may also fall into the category of underrated films, depending on who you ask. If you ask me, it’s a fun little adventure through time with a decent kid protagonist and an interesting mystery.

It’s not ground-breaking or anything, but this Disney movie is a bit of fun with kooky visuals and creative ideas. Wilbur and Lewis are the most popular characters, though it was the villainous Goob who shot to fame as a popular internet meme.

These three characters have had a presence across the Disney theme parks, but the movie remains mostly forgotten. I’m sure it’s somebody’s favorite Disney movie, but this is one that’s unlikely to be turned into a live action film any time soon. It’s a shame, as lesser known movies are in many ways more appropriate as remake fodder, as they offer Disney a second chance at making the story work.

It’s notable for its cast, including Scrubs veteran Zack Braff. However, the unappealing art style and mean-spirited vibe makes this one stand out and feel surprisingly un-Disney. Its tone is frantic and its humor is a little more edgy. It seems like Disney was keen to compete with DreamWorks as Chicken Little feels more like something from the creators of Bee Movie.

Still, it’s not offensive or even terrible (see DreamWork’s Shark Tale to see how bad animated movies can really get). However, it certainly doesn’t stand out when surrounded by other breathtaking Disney classics, particularly subsequent productions like The Princess and the Frog and Tangled.

It’s not awful, but I can see why people forget it or mis-remember it as a work by Illumination or DreamWorks.

I had to include at least one of the direct-to-video sequels! While I, personally, don’t think it’s the worst (though it isn’t far off), Hunchback II is probably the least memorable of all the Disney sequels — because it’s so dull.

The plot is shockingly wholesome and in no way feels like an extension of the macabre world established in the first film. Gone are the deprived judges and displays of public torture, here are the dreadfully cheesy songs and animation that looks nothing like the stunning shots of Notre Dame that defined the first movie.

It’s a little odd to watch a sequel to Disney‘s darkest movie focus on a simple heist / liar revealed / romance story. Pair this with the fact that many Disney fans found the first film a little off-putting to begin with and it’s really no surprise that Hunchback II remains un-discussed.

Hopefully by discussing them here, we can breathe a little extra life into these four forgotten Disney films.

Related: Disney+ doesn’t have all the films you want? Just make a request online!

If you can remember it, tell us the Disney film you always forget about in the comments below.

Comments Off on OpEd: 4 Forgotten Disney Films Everyone Seems to Ignore