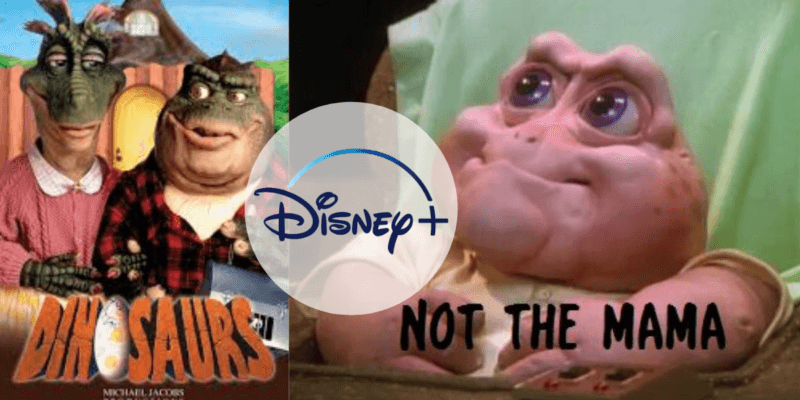 Raise your hand if you are a child of the ’90s! If you’re not, it’s ok. We forgive you! But allow us to low key freak out about a beloved classic that is making its way to Disney+!

The hit Family Sitcom from the ’90s, Dinosaurs, has just been announced as a fall addition to Disney+; according to whatsondisneyplus.com.

Dinosaurs is an American family sitcom television series that was originally broadcast on ABC from April 26, 1991, to October 19, 1994. The show, about a family of anthropomorphic dinosaurs (portrayed by puppets), was produced by Michael Jacobs Productions and Jim Henson Television in association with Walt Disney Television and distributed by Buena Vista International, Inc. The characters were designed by Henson team member Kirk Thatcher.; according to Wikipedia.

And who can forget the classic baby tagline: “Not the Mama!”  This family-friendly show is going to bring us back all those throwback memories and we can’t wait to relive them all! 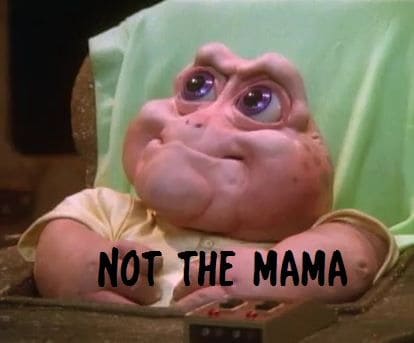 More Disney+ content and updates continue to make their way to the magical streaming service. Including two recently added game-changing features. Those include the ability to log out of all devices as an added security measure and a save data mode that allows users to go into their app settings to select how they wish to stream while using mobile data.

More Disney+ content to look forward to includes a rumored adaptation of the super-popular Kingdom Hearts video game in the way of a live-action TV show. Fans are super excited to see that come to life. We’ll be sure to let our readers know if this rumor becomes a reality!

Are you looking forward to catching the 90’s cult classic Dinosaurs family back on your tv screen? Let us know in the comments if you’ll be watching!