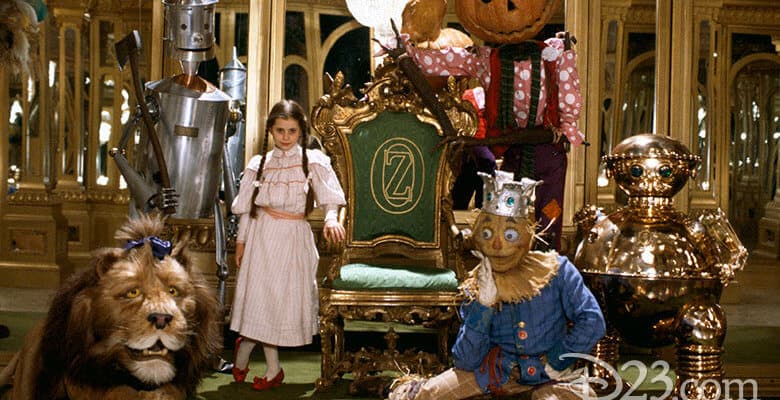 Looking for an ultimate throwback to share with some buddies? Dust off these Disney Cult Classics and relive the good old days. From animated classics to some live-action golden nuggets, you’ve got to add these to your watch list.

Who remembers the slightly TERRIFYING images brought about by Return to Oz? What about the inspiration from Flight of the Navigator? Yes, they are all listed here and available to stream on Disney+, free with your subscription. Which one will you watch first? 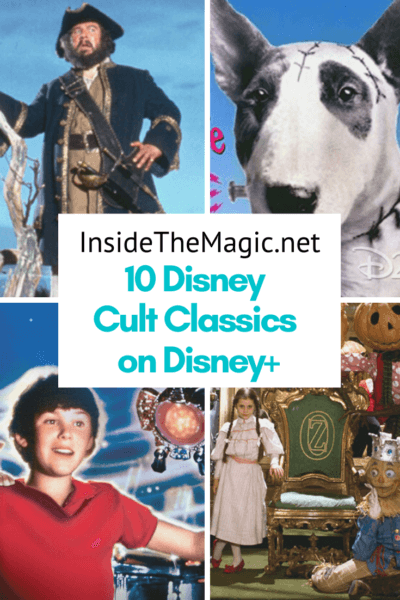 Notably the worst performance in box office sales, this Disney “disaster” is beloved by many fans. A young boy and a bunch of misfit friends embark on a quest to find a dark magic item of ultimate power before a diabolical tyrant can. Centuries ago, in the land of Prydain, a young man named Taran is given the task of protecting Hen Wen, a magical oracular pig, who knows the location of the mystical black cauldron. – IMDB   Rated PG 1 hour and 21 min

An offbeat physicist, his girlfriend, and an odds-playing coworker try to help an extraterrestrial cat fix his spaceship before the U.S. Army and a power-hungry businessman can snatch the cat and his out-of-this-world technology. – Disney+ Rated G, 1 hour and 43min

Cliff Secord is a cocky stunt pilot in love with a beautiful actress, Jenny Blake. When he discovers a jet pack hidden in a biplane, Cliff straps on the rocket, dons a flashy helmet and becomes the high-flying hero known as The Rocketeer. But when Nazis want to use the rocket as a weapon, Cliff must use his alter ego to both protect Jenny from an evil actor and save the day in this period adventure based on the comic books by Dave Stevens. – Wikipedia Rated PG 1 hour and 48 min

This Disney Cult Classic terrified us as kids! The images created by the puppetry were strange and intense, but still magical. Dorothy finds that her old friends have been turned to stone and that urban blight has struck the Emerald City. Assisted by new friends, Dorothy battles the wicked Princess Mombi and the evil Nome King to save her friends and restore the believed Emerald City. – Disney+ Rated PG (May be too intense for small children) 1 hour and 49 minutes

The U.S.S. Cygnus is perched precariously at the edge of a black hole – the vast, empty nothingness where space ad time end. Anything that crosses its border enters a universe of the complete unknown. In this story of genius robots and mad humanoids, audiences take a spectacular descent into nature’s ultimate mystery: The Black Hole. – Disney+ Rated PG 1 hour and 37 minutes

A live-action comedy featuring Blackbeard, the once-blackhearted scoundrel, attracts the whole family. Cursed to wander in limbo until he performs a good deed, Blackbeard gets his chance when he decides to help a local track team. Full of team spirit, Blackbeard is filled with his own brand of invisible coaching.  – Disney+ Rated G 1 hour and 47 minutes.

Remade in 2012 by Tim Burton (available on Disney+ in April 2020), this original Frankenweenie dates back to the 1980s live-action short. Burton’s start at Disney cemented his creativity and shows a love of monster movies. You’ll even see this lovable pooch on the new Dooney and Bourke dogs purse! – Disney+ Rated PG 26 minutes

An orphan finds he is destined for a most extraordinary adventure aboard an amazing spaceship. After a mysterious disappearance, David Freeman returns possessing vast and undiscovered knowledge about the universe.– Taken from Disney+ Rated PG 1 hour and 29 minutes

In 1940, an eccentric young English spinster becomes an apprentice witch. With the help of three young children and her unwitting mentor, she finds a magic spell on the legendary Isle of Naboomu, then uses it to rout a band of German commandos out of invading her home country of England. – Disney+ Rated G 1 hour and 57 minutes

A frisky storyteller named Darby O’Gill is seeking the proverbial pot of gold. There’s just one thing standing in his way: a 21″ leprechaun named King Brian. To get the gold Darby must match his wits against the shrewd trickster,  which proves no small task. You’ll see a young Sean Connery here as he sings as Michael McBride, as well as some fun practical effects to force perspective. This movie streams as it was originally created. Viewers must understand that it contains outdated cultural depictions. – Disney+ Rated G 1 hour and 30 minutes

Which of these Disney Cult Classics have you seen? Which MUST you see again ASAP? There are a few on here we want to share with our family! Click here to see what else recommended by D23 and is streaming on Disney+!