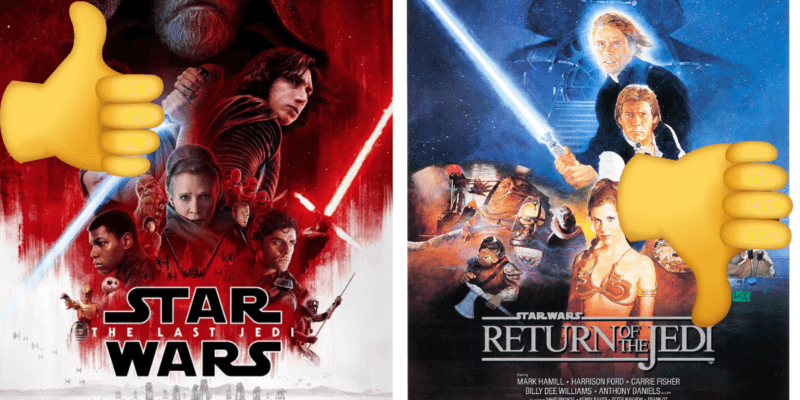 Oh man, I can already feel the heat for this one. Star Wars movies are some of the most divisive ever made, with The Last Jedi named as the most divisive film ever. Unpopular Star Wars opinions are aplenty across this fandom, but here are a few common ones that actually make some good points.

Just remember, all of these are simply opinion and are really just there to encourage respectful debate and to have some fun chatting about the galaxy’s coolest franchise.

So without further ado, let’s jump in to the first unpopular opinion about the Star Wars franchise and break it down!

Star Wars Episode VIII: The Last Jedi is a good movie (and Porgs are great)

Oof. I already touched on this one in my ‘Is The Last Jedi Actually a bad movie?’ OpEd, and no. No it’s not.

The Last Jedi is undoubtedly the most polarizing Star Wars film ever made, but it’s also the freshest. I’ll go on record and call The Force Awakens the laziest Star Wars film as it essentially acts as a remake of A New Hope.

You can hate everything about TLJ, but you can’t deny that it takes the Star Wars story in a new and interesting direction. It takes a main character from the original trilogy and puts him in a more realistic and dramatic light and to me, that’s pretty cool.

And a bad movie? Come on now. Rian Johnson has a lot of talent behind him and he created the most visually striking look at the Star Wars universe we’ve yet seen. Even if you hate the story, this is one of the, if not the best looking movies in the Star Wars saga.

As for Porgs, they’re entirely inoffensive and kind of cute. They also exist to cover up puffins that were getting in the way of filming. Don’t tell me that they’re less annoying than your average Ewok. Speaking of which…

Star Wars Episode VI: The Return of the Jedi has some notable issues (and so does the original trilogy on the whole) 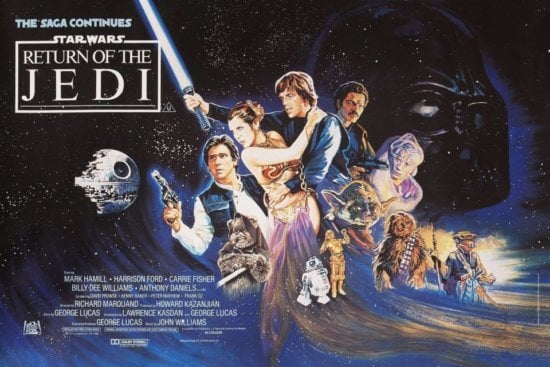 ROTJ is one of the first films I ever saw on video tape and I LOVE it to this very day. However, even our favorite movies aren’t immune to criticism and ROTJ and to a lesser extent, Empire Strikes Back and A New Hope all suffer from many of the issues that people complain about today.

The Jabba plot takes up a large portion of the movie and feels dissonant from the wide Empire focused storyline. The acting in A New Hope in particular is pretty hammy, in my opinion — Especially from Mark Hamill and the Ewok plot in ROTJ shows a move to prioritize selling toys over telling a good story long before Disney started doing it.

And Empire Strikes Back is…ok, who am I kidding; Empire is untouchable and is still one of the best movies ever made, period. It’s also one of the few films in the latter two thirds of the Skywalker Saga not to rely on a Death Star style super-weapon / fleet of lame Star Destroyers (looking at you TROS).

Star Wars Episode III: Revenge of the Sith is the best sequel (and one of the best Star Wars movies, period)

Speaking of the prequel trilogy, it’s third entry often gets a lot of flack. While I personally feel that Phantom Menace and Attack of the Clones mostly deserve the heat they get, Revenge of the Sith is a different story.

This is a darn near perfect Star Wars movie, in my opinion. The pacing, the music, and yes, the characters are all exceptional. The evolution of Anakin Skywalker to Darth Vader may be clunky, but the Clone Wars series more than fills in the gaps.

Even without that additional media, Revenge of the Sith is just a great movie, in my opinion. This is one of those formerly unpopular Star Wars opinions that has seemingly morphed into a pretty accepted fact these days, though.

Boba Fett‘s design is incredible. And that’s about it. In all seriousness, this character is widely popular due to looking incredible (why do you think they chose to do a live action series that uses the Mandalorian armor!), but in Empire Strikes Back and Return of the Jedi he’s a little useless, I must say.

Comic books and other media have redeemed Fett, but in the movies, I feel he’s pretty incompetent. He dies very, very quickly in an accidental mishap in Return of the Jedi without even slightly threatening Han Solo and the other protagonists. Darth Vader he is not.

The Star Wars prequels then introduced a younger Boba alongside his kind of clone-template father, Jango Fett. Jango gets unceremoniously killed in a pretty similar way to the younger Fett, but at least he holds his own against Obi-Wan for a little bit and cements himself as a somewhat cool bad guy.

And those are some controversial Star Wars opinions with decent points. Remember this is just one opinion and each Star Wars fan is just as entitled to theirs!

What are your unpopular Star Wars opinions? Let us know in the comments below.

The opinions in this article do not reflect those of Inside the Magic as a whole.