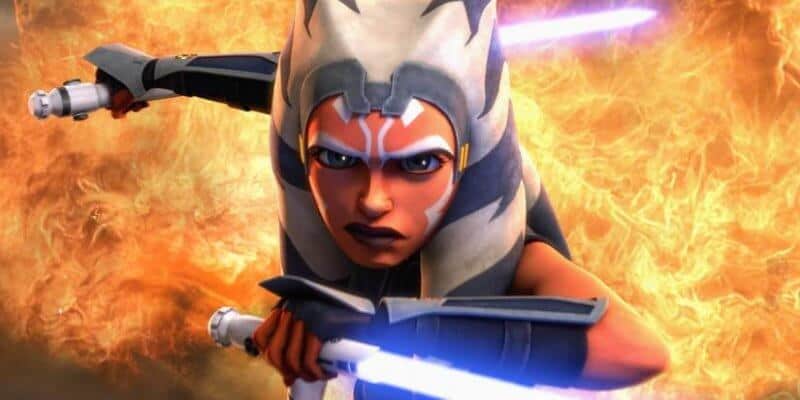 The final season of Star Wars: The Clone Wars is about to be released on Disney+. It will the the seventh season for Lucasfilm’s celebrated animated television series. For those of you looking to get yourself caught up or re-binge the series before season 7 begins streaming, a total of 121 episodes stand in your way.

But don’t worry, Disney+ is here to help. Understanding how daunting of an undertaking a 121-episode binge can be for most people, Disney+ decided to help. So, on the streaming service broke down the Clone Wars series down to its top 20 most essential episodes.

“Rookie clones must fend for themselves against an invasion.”

“Anakin, Ahsoka, and Ki-Adi-Mundi seek to destroy a droid factory.”

“Luminara and Anakin act as decoys to divert enemy super-tanks.”

“Obi-Wan and Anakin lead a search for Luminara.”

“Ahsoka and Barriss must stop the unleashing of a deadly plague.”

“Obi-Wan uncovers the truth about the “Mandalore Plot.”

“Anakin discovers Obi-Wan and the Duchess’ history together.”

“Savage and Darth Maul unite to seek revenge on Obi-Wan.”

“Maul and Savage forcibly recruit pirates to their cause.”

“The Siths ally with the Death Watch that targets Obi-Wan Kenobi.”

“The Sith and Death Watch launch an attack on Mandalore.”

“Anakin and Ahsoka investigate a bombing at the Jedi temple.”

“Ahsoka finds herself running out of allies and alternatives.”

“The fugitive Ahsoka escapes to Coruscant.”

On trial for murder, Ahsoka is expelled from the Jedi Order.”

**This article lists the episodes in the order set by Disney+.

You can watch the new season trailer here:

Speculation Time: Why These Episodes?

Out of 121 Clone Wars episodes, Disney+ chose these 20 as the most essential for understanding the upcoming final season. But why? We need to look at the events and characters on which these episodes focus. By that, we can deduce that the final season will bring Mandalore back into the spotlight. Maul will fall from power. We will see how our favorite clone troopers handle the end of the war, and we will see former-padawan Ahsoka start to develop her post-Jedi role.

What do you think of Disney+’s “Top 20” list? Do you think its accurate? What other episodes do you think will be essential to truly understand this final season? Let us know in the comments!

Comments Off on Disney+ Creates List of 20 Essential Episodes of “Star Wars: The Clone Wars”