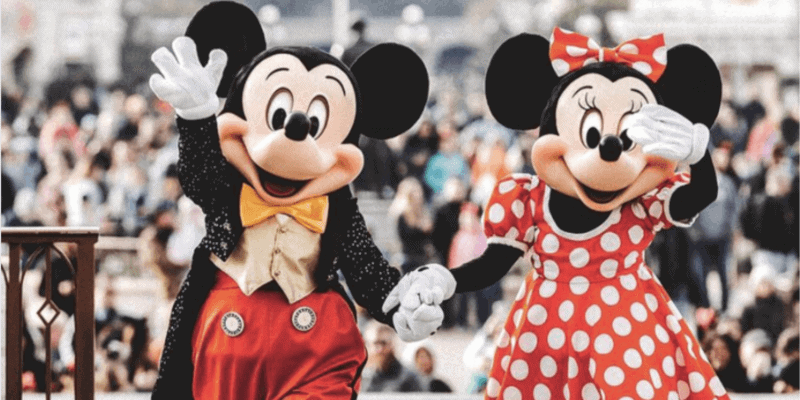 There’s no denying that the pandemic has thrown a wrench into any plans hospitality industry businesses may have had for 2020. With restaurants, hotels, convention centers, and other hospitality and tourism-oriented companies shuttered for most of the year, the future is not looking bright for a number of brands.

Related: Gov. Vetoes Bill That May Give Laid Off CMs a Chance at Their Jobs Again

If any hospitality-centric company could have somehow found immunity to COVID-19’s effects, it would have been The Walt Disney Company. Even the most magical company on earth, though, has found itself ravaged by the coronavirus.

Disney’s recent 28,000 layoffs, primarily in the U.S. theme park sector at Disneyland and Disney World, could signify a bleak future for the hospitality industry as whole. Here, we take a look at some details.

Since Walt Disney World Resort in Florida is Disney’s largest theme park, it serves to reason that it was the most affected (numbers-wise) by the recent round of layoffs. The economic impact of these layoffs on central Florida will be far reaching — Disney is a major employer in the region.

As we recently reported, Dr. Sean Snaith with UCF’s Institute of Economic Forecasting had this to say about the Orlando area specifically:

A recent Bloomberg article about the impact of Disney’s massive layoffs on the tourism industry at large featured this quote:

“The Disney layoffs signal the leisure industry won’t be the same, not anytime soon,” says Mark Zandi, an economist at Moody’s Analytics. “It’s going to take two to three years to fully catch up. This is not coming back fast.”

Theme parks, purveyors of family fun and good times, are looking like anything but the happiest places on Earth these days. In addition to Disney’s firing of about a quarter of the employees in its U.S. resorts business, other operators, including Comcast Corp.’s Universal Studios and SeaWorld Entertainment Inc., have idled or let go thousands of workers recently. That’s because attendance by domestic guests has been limited, both by social distancing requirements and the unwillingness of Americans to get on airplanes for family vacations.

Even though Florida Governor Ron DeSantis has lifted restrictions on theme parks like Disney World in Phase 3 of the state’s reopening process, tourism in central Florida is unlikely to return to any semblance of normalcy until there is an effective vaccine or cure for the COVID-19 virus.

California state legislators have also voiced disapproval about the handling of theme park properties throughout the state.

At this time, the economic impact of Disneyland’s closure on Orange County (where Anaheim is located) has been devastating.

Related: Layoffs and Confusion: When Can Disneyland Get ‘Back to Normal’

According to the Bloomberg report:

Workers United Local 50, which represents food service staff at the still-shuttered Disneyland in Anaheim, Calif., stands to lose more than one-third of its 7,800 members in the layoffs, says Chris Duarte, its president. The union has spent the past few months running food banks, handing out boxes of pasta, canned pears, and peanut butter to out-of-work park staffers. It’s assisted them in applying for unemployment benefits and has prepared meals for those who’ve gotten the coronavirus.

The Downtown Disney District located in the Disneyland Resort complex has begun its phased reopening process, with a number of health and safety protocols in-place. Disneyland Park and Disney California Adventure Park remain closed at this time.

Since Disneyland and California Adventure do not have any visitors currently, numerous Disneyland Good Neighbor Hotels remain closed. This is another devastating blow to the Southern California region’s hospitality industry.

Until Governor Newsom and theme park officials are able to reach an agreement on reasonable reopening guidelines, the tourism sector in and around Anaheim will continue to suffer.

While Disney’s layoffs signal a bleak immediate future for the tourism industries in both Florida and California, the Anaheim area is likely to take longer to rebound in the long run.

Bloomberg noted, “About 14% of workers in the Orlando/Kissimmee area are employed in accommodation and food service, making it the nation’s second most tourist-dependent city (after Las Vegas).”

At first glance, this makes it seem like Florida will struggle more amid the pandemic, but the reality is that Orlando is such a popular tourist destination, not only due to Disney World, that people will return as soon as they feel it is safe to do so.

Anaheim, on the other hand, largely relies on Disneyland to bring travelers in. It’s hotels, restaurants, and other hospitality-centric businesses will have to wait on Disney to rebound in order to start seeing any return to normal operations.

What are your thoughts on Disney’s layoffs signaling a negative turn for the entire hospitality industry?

Comments Off on Do Disney Layoffs Mean a Bleak Future for the Hospitality Industry?