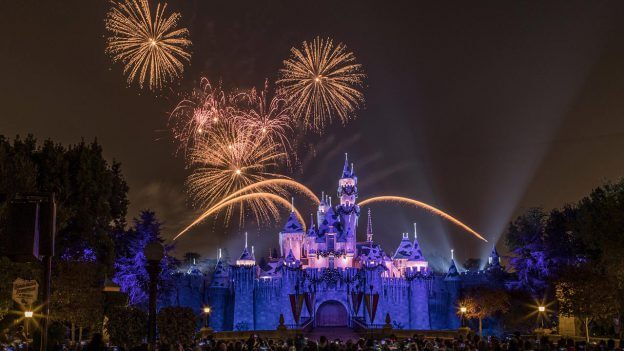 Amid the layoffs announced today and the lack of news from the state of California regarding when Disneyland Resort can reopen, many are wondering how soon the Happiest Place on Earth can get “back to normal.” But considering the thousands of Cast Members that are now without work and the guidelines for California theme parks remaining unannounced, it seems as though it may be years before we could see “normal” Disneyland operations again.

Back in March, the Walt Disney Company furloughed 100,000 employees. And today, they announced that 28,000 employees would be laid off — just as the company’s fiscal year is ending.

Of the 100,000 Cast Members who work at Disneyland Resort and Walt Disney World Resort (around 32,000 at DLR and 77,000 at WDW), it looks to be that now over 25% of them are without work. And Disney Parks, Experiences, and Products Chairman Josh D’Amaro says that the state of California is part of the problem.

“In light of the prolonged impact of COVID-19 on our business, including limited capacity due to physical distancing requirements and the continued uncertainty regarding the duration of the pandemic – exacerbated in California by the State’s unwillingness to lift restrictions that would allow Disneyland to reopen – we have made the very difficult decision to begin the process of reducing our workforce at our Parks, Experiences and Products segment at all levels, having kept non-working Cast Members on furlough since April, while paying healthcare benefits,” D’Amaro shared in a statement on Tuesday.

He said that approximately 28,000 employees in the U.S. are affected by these layoffs, 67% of whom are part-time. Note that there has still been no mention of whether or not these layoffs or others will affect Disney Cruise Line. But considering that Disneyland and Disney California Adventure are still closed (and have been for nearly seven months) while Walt Disney World’s theme parks have been open for over two months, its fair to assume that the layoffs could disproportionately affect Disneyland more than Walt Disney World.

It’s also worth noting that Disney did not lay off Disney World employees before the Florida theme parks reopened in July. And yet here on the west coast, with the California theme parks still closed indefinitely, Disney has to reduce the workforce at Disneyland Resort, before those theme parks have even been able to reopen.

But looking ahead: what does this mean for future trips to the Disneyland Resort? And how long will it be before the Happiest Place on Earth can get “back to normal”?

When they finally “tell the guards to open up the gate,” Disneyland will look quite different. Yes, Main Street, U.S.A. will be there to welcome us home. We’re expecting to have our favorite attractions available for us at Disneyland and DCA. But amid the impending capacity restrictions and reservation system, the thousands of laid off Cast Members who won’t be returning to the theme parks, and the other changes that are likely going to have to occur for the southern California Disney Parks to reopen, we’re expecting there to be some differences. It’s safe to say that — considering how long it is taking for the Disneyland Resort to be allowed to reopen — it could be a long time before the parks return to any semblance of the normal operations that Guests and Cast Members are used to.

As Disney seems to adapt to the times, Guests have to adapt, too. It seems that the reopening of Disneyland and Disney California Adventure is dependent upon how well these conversations between the State and Disney are going — and maybe even how much Disney is willing to adapt theme park operations to what the State wants.

And amid these conversations, it seems that Disney is getting annoyed. California Governor Gavin Newsom has shared that the State is in “negotiations” with theme parks regarding reopening, but many are wondering what there could possibly be to negotiate.

Even Disneyland Resort President Ken Potrock stated that he hopes Disney isn’t negotiating, but rather collaborating, with Newsom. “The governor used the term ‘negotiating’ with the amusement park industry in one of his quotes and I hope it’s not a negotiation. I hope it’s a good collaboration and that’s what we’re attempting to achieve.”

With Newsom saying he is prioritizing public health as he continues to share reopening plans for California, it’s no surprise that theme parks — which do not fall into the category of “essential businesses” — are not at the forefront of conversations. If public health is a top priority, does it make sense to give people the option of riding spinning teacups or a flight to Neverland?

As Disney continues to reiterate that health and safety are a top priority at their theme parks around the world, it’s hard to imagine what more California’s government could want from Disneyland Resort. Because even as local officials, state legislators, and Disney itself urge Newsom to allow California theme parks to reopen — even as Disneyland and its supporters say the parks are “ready to responsibly reopen” — there is no word on when this will happen. There is still no word on when Disneyland Resort can get “back to normal operations” or even how long that will take. Yet it doesn’t help the return to normalcy for 28,000 cast members to go from furloughed to laid off.

But amid the layoffs and confusion, one thing seems certain: Disney isn’t happy about it.

Comments Off on Layoffs and Confusion: When Can Disneyland Get ‘Back to Normal’?