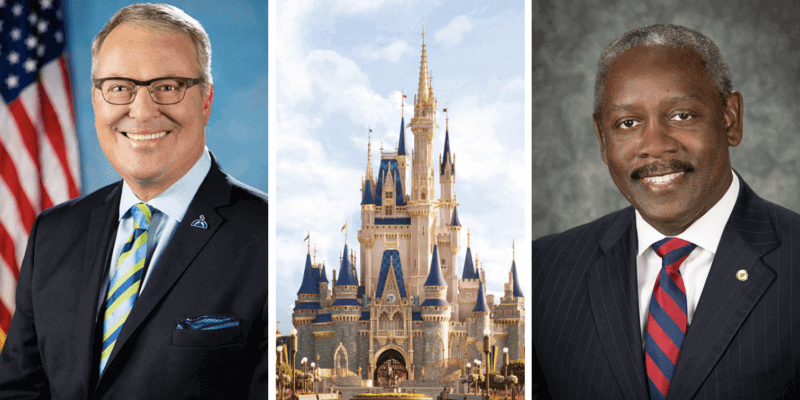 In an October 1 press conference, Orange County, Florida Mayor Jerry Demings and Orlando Mayor Buddy Dyer addressed The Walt Disney Company’s recent round of layoffs, which are set to take effect in December.

Mayor Demings referred to the call he received about the Disney layoffs as “sobering, but not unexpected.”

“[The layoffs were] sad news because they’re friends, they’re families, they’re acquaintances, they’re members of our community. We are providing crisis assistance to fill the period of time that they find themselves, perhaps, unemployed and employed, or in some cases they might be underemployed.”

“…regardless of if they live within the municipality or within the incorporated area. We intend to reallocate the funds…to provide additional assistance.”

“I agree with Mayor Demings…it wasn’t unexpected…we had seen the other theme parks laying people off and hotel chains, so it was likely that that was going to occur.”

Both the city and county mayors agreed that the pandemic is far from over in central Florida and that hardships for the tourism industry are likely to continue for the foreseeable future.

He also acknowledged that until an safe and effective vaccine or cure for COVID-19 is available, Florida’s tourism sector, including theme park tourism, is not likely to bounce back. Many Americans still afraid to travel to theme park destinations like Disney World, even though no coronavirus cases have been tied to the parks.