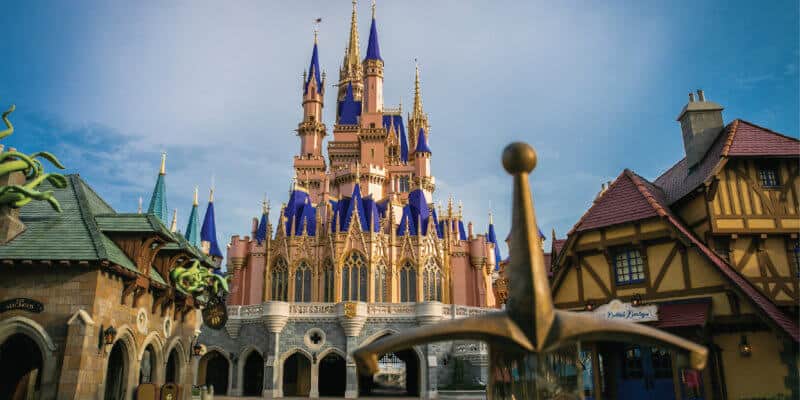 When the COVID-19 outbreak began to spread globally in early 2020, nearly every imaginable industry was ravaged. None, perhaps, though, as much as entertainment — with theme parks temporarily shutdown, movie theaters closed, and film production halted, media giants like The Walt Disney Company were left wondering what to do next.

Disney, for their, part, did what they do best — innovation. They finished movies, including Disney-Pixar’s Soul and 20th Century Studios’ Avatar II, remotely and went to work creating a safe theme park reopening plan in the midst of an entirely unprecedented situation.

Now, Disney’s success, particularly in the theme park sector — Walt Disney World, Disneyland Paris, Shanghai Disneyland, Hong Kong Disneyland, and Tokyo Disney Resort have all entered their phased reopening process with exceptional health and safety results — is inspiring companies around the globe as they, too, reopen during the pandemic.

Here, we look at how The Walt Disney Company has inspired other businesses worldwide.

They shared these details:

The lead doctor at a COVID-19 testing centre just outside Ottawa says she may have found a solution to the province’s testing woes: a same-day appointment system inspired by crowd control at Disney amusement parks…

Dr. Suzanne Rutherford — a big Disney fan who’s visited their theme parks with her children — worked at multiple COVID-19 testing centres in Ottawa before being put in charge of the North Grenville COVID-19 assessment centre in Kemptville, Ont., in late September…

“I often sat there and thought, ‘What we need is the Disney FastPass system,'” Rutherford said in an interview with CBC Radio’s In Town And Out.

So, that’s exactly what Dr. Rutherford did. She and her team developed a reservation system similar to FastPass (sans MagicBands) with great success. Dr. Rutherford told the news outlet:

“We basically have been able to manage the volume so far, even on our busiest day,” said Rutherford.”There’s very minimal, minimal waiting times.”

When the NFL decided to go ahead with the 2020 season, they did so with numerous fan health and safety protocols in-place. Although National Football League officials have not explicitly said they were inspired by Disney’s new procedures, there are many similarities.

Furthermore, The Walt Disney Company owns sports-media giant ESPN and the NBA restarted their 2020 season in the now-famous “NBA bubble” at Walt Disney World Resort, so there is undoubtedly some overlap between Disney’s theme park health and safety measures and the sports world at large.

Not all NFL stadiums are allowing fans this year amid the pandemic, but those that are require advance ticket purchases to limit capacity (similar to the Disney Park Pass system), temperature checks to enter (just like all Disney Parks worldwide), and socially distanced seating inside (just as Disney has done in reopened shows, such as For the First Time in Forever: A Frozen Sing-Along Celebration at Disney’s Hollywood Studios).

Shanghai Disneyland became the first Disney theme park to reopen in May. It has, despite many Disney fans’ initial concerns, thrived and is even continuing to safely increase capacity.

According to a Global Times article from Shanghai Disneyland’s reopening day:

Disney epitomizes the virus-stricken world tourism sector – the global entertainment giant faces great financial pressure such as labor costs and equipment maintenance fees, so the resumption will help it reduce losses, Liu Dingding, an independent analyst based in Beijing, told the Global Times on Monday.

But the reopening is not just Disneyland’s business because joint prevention and control of the virus involves every segment of society, Liu said.

“It will take more time to see how the park operates after the reopening, as China will normalize such prevention measures in the future. But if something goes wrong, the park may have to shut down again,” Liu said.

Now, Bloomberg has reported that China is, in fact, winning the economic recovery game — it is worth noting that many of Disney’s protocols, just as Liu Dingding predicted, have become commonplace throughout Chinese society.

How else have you seen the Walt Disney Company inspire pandemic reopenings worldwide?

Comments Off on Disney Inspires Pandemic Reopenings Around the World