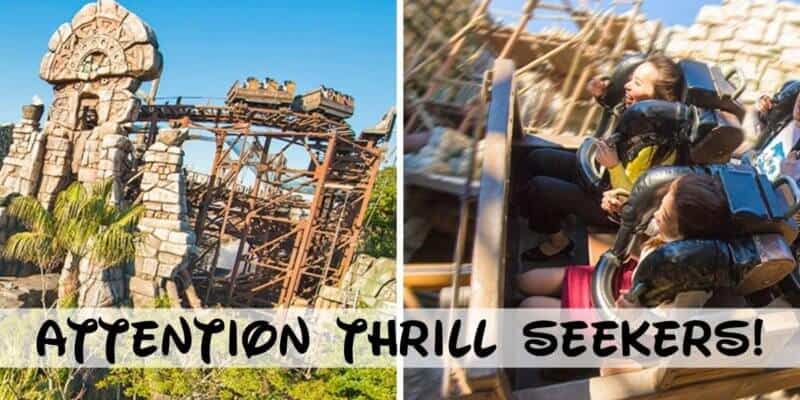 Are you a rollercoaster fan? If so, you’re going to want to add these one-of-a-kind Disney coasters onto your bucket list.

D23 recently shared some unique and fun facts as well as distinct details about Disney attractions found at Disney Parks all around the world!

Next up — Let’s head across the country to California, home to Disneyland park and Disney California Adventure. Within these theme parks, Guests can enjoy Space Mountain, Big Thunder Mountain, the Incredicoaster, and of course, the Matterhorn Bobsleds.

Over in Disneyland Paris, Guests can enjoy rollercoasters including Star Wars Hyperspace Mountain, Big Thunder Mountain, Indiana Jones™ and the Temple of Peril, and the popular attraction, Crush’s Coaster.

Heading to Hong Kong Disneyland? Be sure to check out the rollercoasters within the theme parks there, including Hyperspace Mountain, RC Racer, and the popular attraction, Big Grizzly Mountain Runaway Mine Cars.

And last but certainly not least — Shanghai Disney? If you are heading to the theme parks soon, be sure to check out the rollercoasters and thrill rides there, including Seven Dwarfs Mine Train and the popular attraction, TRON Lightcycle Power Run.

Have you ridden any of these rollercoasters? Which one if your favorite? Let us know in the comments below.

Click here to book a trip to any of the Disney Parks!

Comments Off on Have You Experienced These One-Of-A-Kind Disney Coasters?