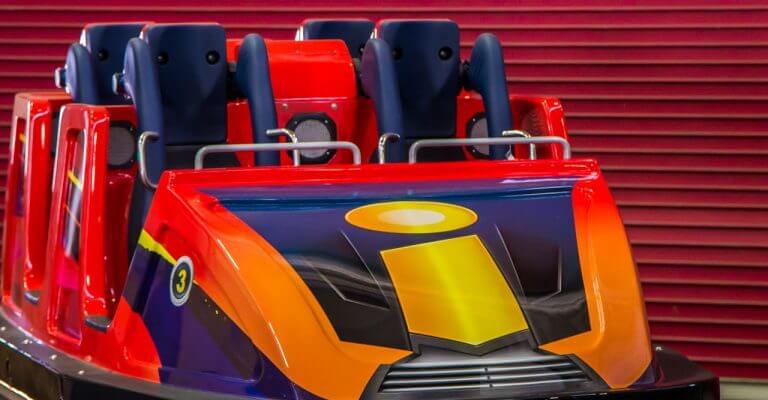 As of today we’re exactly two months away from the grand opening of Pixar Pier, the complete retheming of the Paradise Pier area at Disney California Adventure. And with the new area will come the redesign of the California Screamin’ roller coaster, now called the Incredicoaster, based on the popular Disney/Pixar movie “The Incredibles” and its upcoming sequel “Incredibles 2.”

Today Disneyland Resort released a first-look image at the front car of the Incredicoaster trains. Of course it’s attractively decked out in red, purple, orange, and yellow– fitting in with the color palette motif of the “Incredibles” movies and the costumes the Parr family wears during their superhero adventures. 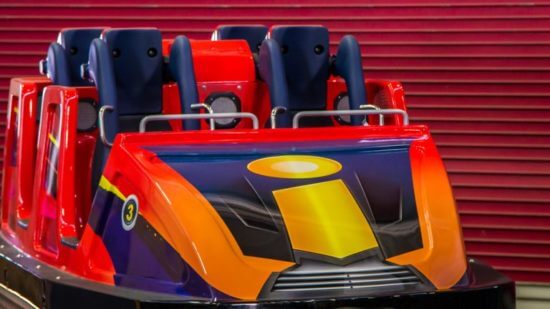 The Incredicoaster will open Saturday, June 23rd along with Pixar Pier at Disney California Adventure in Anaheim, California.