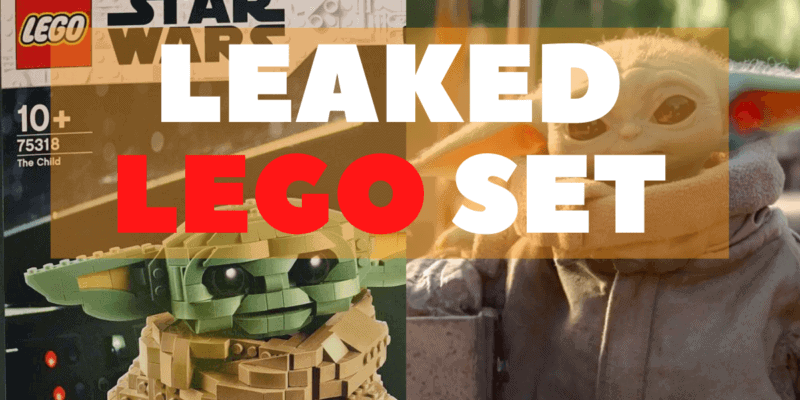 A new LEGO set featuring everyone’s favorite ball of preciousness, Baby Yoda has been leaked. The LEGO Star Wars The Child set was displayed early at a LEGO store in Luxembourg despite not being officially announced yet.

The set’s full name is LEGO Star Wars The Mandalorian: ‘The Child’ (75318), though we reckon most people will just call it the Baby Yoda LEGO set. The kit will be a large replica of the adorable alien in the same vein as the Yoda set (pictured next to it in this store). Check it out;

We think this set is just adorable. It encapsulates everything we love about the galaxy’s cutest baby and it even manages to get a little personality in there too. The figure is holding the control knob from the Razor Crest ship. The set also seems to feature a movable head, hands, and ears to give this little guy even more character.

It is priced at €79.50, which equates to about $95 or £70. Any Disney fan will be mad not to get their hands on this incredible new Baby Yoda toy, particularly if you’re a huge Star Wars: The Mandalorian fan!

The Child continues to be a popular Star Wars character

This set comes as no surprise. Baby Yoda’s popularity exploded the minute he came on screen, though producers say this hasn’t impacted the scope of his role in the upcoming Star Wars: Mandalorian season two.

Over the past year we’ve seen Baby Yoda bobbleheads, costumes, succulents, and even his own brand of cereal! Lucasfilm have been quick to team up with the toy industry and get this future potential Jedi into every home. We’ve also seen a Baby Yoda plush toy, statue, and many LEGO related projects.

The hype train won’t stop for this lovable force user and we wouldn’t have it any other way.

The set is thought to be released in October / November and you better believe we’ll be getting our hands on one!

Will you be picking up this Baby Yoda LEGO set when it releases? Let us know in the comments below.

Comments Off on LEGO ‘Star Wars’ The Child Set Leaked