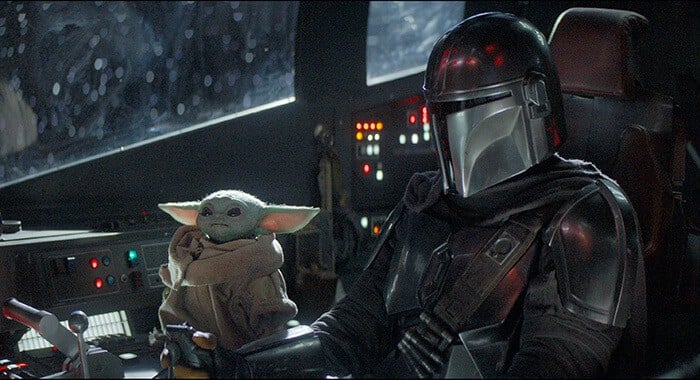 When The Mandalorian debuted on Disney+ last November, nobody could have anticipated just how popular The Child would become, seemingly overnight.

The character, who was instantly dubbed “Baby Yoda” by Star Wars fans, has become such a massive pop culture sensation that it has led to rumors that his role in The Mandalorian series was expanded solely due to his unexpected popularity.

“…we knew when he [The Child] was on the set from how everybody was reacting that he would certainly be a popular character. But I don’t think anybody quite anticipated the degree to which he would catch on. That, I have to say, was a bit of a surprise. We knew enough to keep him secret. But we keep a lot of things secret on Star Wars.”

Kennedy also explained that Peter Bogdanovich’s 1970s film Paper Moon was a huge inspiration for showrunner Jon Favreau as he developed the storyline for The Mandalorian:

“…I actually hadn’t realized that the movie Paper Moon was a big influence on Jon when he was thinking about this story. That is not necessarily a movie you would immediately go to, but the minute he said it, I was like, ‘Yeah, of course.'”

The movie features a con man who chaperones a young orphan girl to her aunt’s home, sending the duo on a road trip. In The Mandalorian, of course, Din Djarin (Pedro Pascal) ends-up “chaperoning” The Child on a quest to find his home world.

Furthermore, fans might learn more about Yoda’s species and how “Baby Yoda” relates to Jedi culture as Din Djarin, The Child, and Cara Dune (Gina Carano) search for his home planet.

Stay tuned for Season 2 of The Mandalorian coming to Disney+ in October and don’t forget to check out all of the great Baby Yoda merchandise that is currently on the market.

What are you most looking forward to as The Mandalorian continues? Do you think Baby Yoda’s Mandalorian role will continue to expand in Season 3?