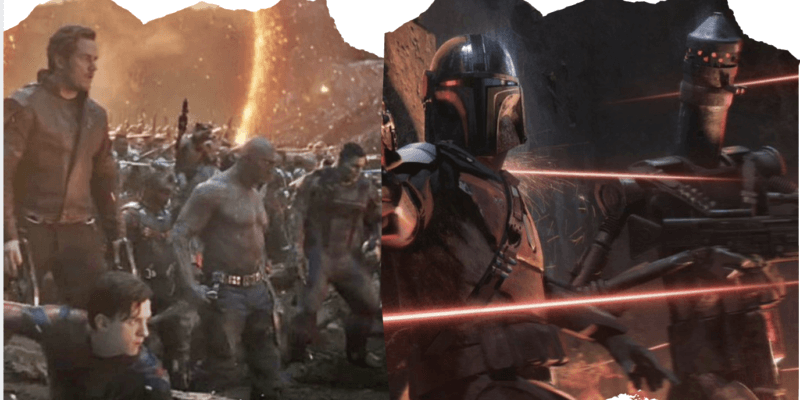 Best known for his work with the Russo brothers, Hargrave has now been tapped by the crew behind The Mandalorian to amp-up the action in Season 2 of the Disney+ Star Wars series.

In an exclusive interview with Collider, Hargrave explained how The Mandalorian team contacted him to work on their sophomore season, “It’s crazy. I was in the middle of post [-production on Extraction] and I’m editing my movie and I got a call from my buddy Colin Wilson, one of the line producers, who said, ‘Jon [Favreau] and the people over here are looking for someone to bring into the team or add to the family who has experience with action.’”

Hargrave continued, discussing the innovative way in which episodes of The Mandalorian are filmed, “They have a crazy way of shooting. Some of the stuff is traditionally shot, with the live-action and blue screen on the backlot, but they’ve also got this technology called ‘The Volume’ where it’s just, like, the inside of a live game engine. It’s quite insane what technology nowadays is available to filmmakers. It was really eye-opening.”

Hargrave, who has worked on some of Marvel’s most action-packed movies, including Thor: Ragnarok, Avengers: Infinity War, and Avengers: Endgame, as well as appearing as a stunt double in the Agents of S.H.I.E.L.D television series, is confident that his work on Season 2 of The Mandalorian will be worthwhile.

In the Collider interview, he shared, “With Extraction, I’m in the editing room so I can be extremely confident [the action] is going to be what it’s going to be. I’m not editing these episodes. […] But I know the footage we delivered, as a second-unit, they seemed to be happy with.”

Hargrave continued, “We worked closely with the stunt team there, with Bryan Watson and the team that had done the first season; they did a really great job. You know, it was just to bring a little extra perspective, add a few things, things I’ve learned while working on superhero movies…”

Although Hargrave kept with the party line of not delivering many details about The Mandalorian Season 2, he did say the, “way the story arcs is really cool. So we tried to have the action represent that and take it to the next level. I think we did that.”

What do we know about The Mandalorian story so far?

Even though details are scarce, we do know that numerous characters, including Bo-Katan Kryze (Katee Sackhoff), Ahsoka Tano (Rosario Dawson), and Captain Rex, from the animated series Star Wars: The Clone Wars will be brought to life in the second season of The Mandalorian.

We can also anticipate that the Darksaber, which Moff Gideon (Giancarlo Esposito) wielded in the Season 1 finale battle with Din Djarin (Pedro Pascal) will play a major role moving forward. We’re sure the Darksaber will spark some Hargrave-worthy action scenes!

There have also been rumors of Master Yoda somehow making an appearance as the Mandalorian and The Child (AKA Baby Yoda) search for the latter’s home world.

Are you excited to see Sam Hargrave’s work on The Mandalorian? We can’t wait to see what action sequences he brings to the table in October!

Comments Off on Marvel Stunt Coordinator Talks ‘The Mandalorian’ Season 2!