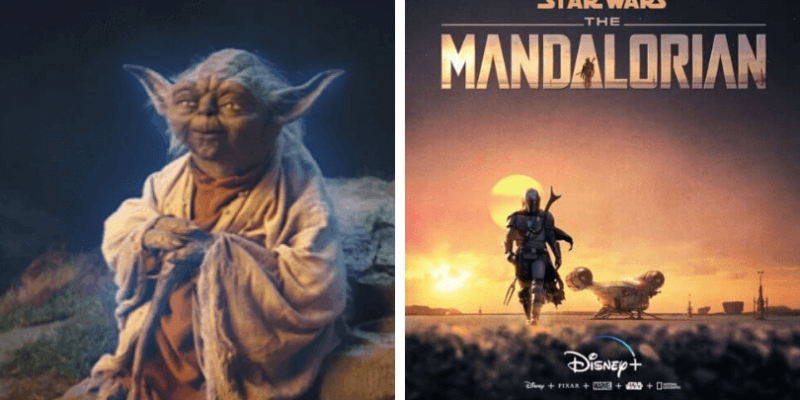 “Stop calling him ‘Baby Yoda’! It is a baby version of Yoda’s species! The REAL Yoda died before the show starts!”

Every fan of Disney+’s new Star Wars show, The Mandalorian, has probably heard some version of that quote from some bigger Star Wars fans either in person or over the internet. And while it kills the fun of the conversation, it is true. The Mandalorian takes place years after The Return of the Jedi in which, Yoda dies and is absorbed into the force body and soul.

But, Yoda’s death hasn’t stopped the Star Wars rumor mill from producing another juicy story. Rumor has it the real Yoda from the original Star Wars films and series will appear in a later season of Jon Favreau’s bounty hunter series. Apparently, that “later season” could mean as early as Season 2. There are reports Lucasfilm also wants to try and make a Han Solo cameo work.

Now, again, this is just a rumor. But it could work! “The Child” is already incredibly strong in the force, and he’s only going to get stronger. We already know the real Yoda can manifest himself as a force ghost. Here’s how I see it working in the story:

Related: Rumors Suggest Disney Has Plans for 5 Seasons of “The Mandalorian”

How Yoda Could Appear in The Mandalorian

As “The Child” continues to grow in his powers, and as “Mando” fails to find any other Jedi, Yoda’s ghost force will begin appearing to “The Child” every other episode. “Mando” will have no idea for a long time this is happening. Yoda will start out as faint and distant and then get closer with “The Child.” His role would be two parts training the child in the ways of the Jedi and passively guiding them both to their destiny–whatever Lucasfilm deems it to be. This could also be a way to learn more about Yoda’s species. Maybe even get to her a bit of the species’ language.

I could also see Lucasfilm and Favreau waiting until the season finale, have the old Jedi master finally appear before Baby Yoda and then cut to black. Leaving fans hanging until next season.

Season 2 of The Mandalorian premieres on Disney+ this October. We will find out soon enough if the rumors are true.

Related: George Lucas Would Reportedly Return to “Star Wars” if He Has Full Control

Would you like to see a Yoda force ghost make an appearance in The Mandalorian? How do you think they could incorporate the original Yoda into “Baby Yoda”s story? Let us know in the comments!