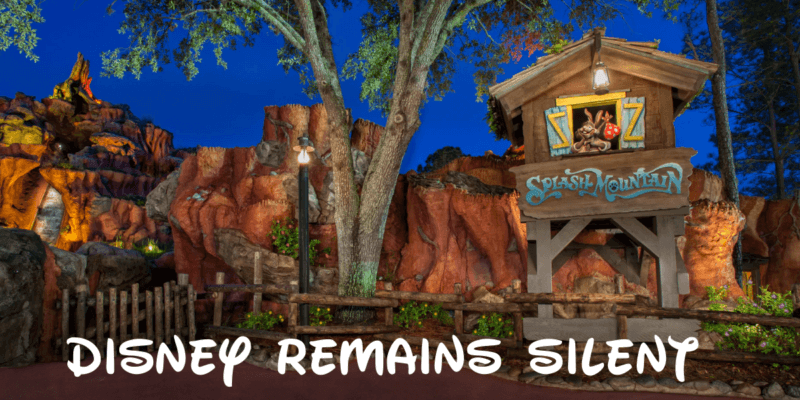 Disney’s iconic attraction Splash Mountain has recently been targeted for its ties to one of Disney’s most controversial films, Song of the South. Thousands of people have signed a petition urging Disney to change the theme of Splash Mountain because of its connection to a film widely regarded as unforgivably racist.

The petition on Change.org reached its goal of over 21,300 signatures and calls for the attraction to be rethemed to Disney’s more recent film, The Princess and the Frog, which features Disney’s first Black princess, Tiana.

There is a huge need for diversity in the parks and this could help fill that need. Princess and the Frog is a beloved princess movie but has very little representation in the parks. Tiana could be one of the first princesses with a thrill ride, as well as giving her a much deserved place in the parks. The framing of the ride is such that it could be easily changed to tell the story of Tiana while not compromising too much of the ride/costing a fortune in remodeling for Disney. This change could kill two birds with one stone, remove the offensive stereotypical theming the ride currently has and bring a much needed diversity to the parks. As well as a much bigger merchandising opportunity for Princess and the Frog.

Other Disney fans wasted little time in deciding to stand up for Splash Mountain’s current integrity themselves. A counter-petition was created on Change.org to argue to keep the log flume ride as is. At the time this article was being written, that counter-petition has received over 23,000 signatures and the number is still climbing (the petition to retheme the attraction has closed, while the counter-petition remains active).

The petition creator argues the following:

They want to change the ride to be themed to something more politically correct is foolish. The characters in The Ride do not specifically generalize any race or group of people. They are nothing more than caricatures of turn of the century America. To change them would be to remove a bit of our art history from the world and to be ashamed of it.

But Disney has remained silent on this debate. The closest the entertainment giant has come to denouncing the ride is when former CEO Bob Iger denounced its source material, Song of the South. Refusing to add the film to the Disney+ library, he explained:

“I’ve felt as long as I’ve been CEO that Song of the South — even with a disclaimer — was just not appropriate in today’s world. It’s just hard, given the depictions in some of those films, to bring them out today without in some form or another offending people, so we’ve decided not to do that.”

The Walt Disney Company has not at all remained silent in its stance against racism. They have issued statements denouncing racism, and they have donated millions of dollars to the NAACP and other social justice nonprofit organizations across the nation. The company has also held an internal meeting to discuss racism and is currently investigating one of ABC’s top Executives for alleged racial discrimination.

It is also known that Disney is not one to shy away from updating its theme park attractions for the times. A recent example is the change made to Pirates of the Caribbean where the Bride Auction scene was transformed into a market with “The Red Head” now in charge of the event (even after a petition to stop that change neared 25,000 signatures).

But only time will tell if Disney plans to add a Splash Mountain makeover to its already-long list of ongoing construction projects at Walt Disney World and its other resorts around the world.

Do you think Disney will choose to re-theme Splash Mountain? Why or Why not? Let us know in the comments!

Comments Off on Disney Remains Silent on Splash Mountain Debate