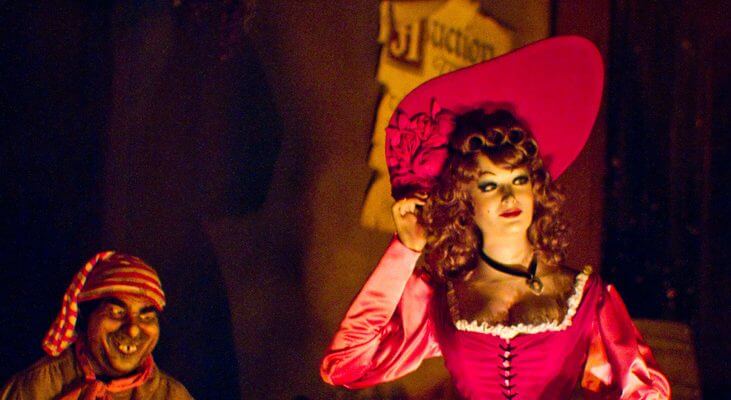 The Walt Disney Company’s decision to change the iconic “Bride Auction” scene on Pirates of the Caribbean stirred up a lot of controversies last week, and now fans are pushing to keep the Redhead in her original form.

A Change.org petition called “We Wants to Keep the Redhead” currently has 23,648 signatures, just 1,352 shies of its goal. The Bride Auction scene is being removed in each of the Disney parks, but supporters of the petition make it clear that “as the guests, [they] want the scene to stay in the ride.”

For more on the decision to change the Pirates of the Caribbean attraction, take a look at our news video below.

WATCH – DISNEY’S CHANGING A SCENE IN THE PIRATES OF THE CARIBBEAN RIDE:

If you want to add your support to the “We Wants to Keep the Redhead” campaign, visit the Change.org website.

Changes to the Pirates of the Caribbean ride are scheduled to debut on July 24 at Disneyland Paris, while Walt Disney World and Disneyland won’t see the overhaul until sometime next year.