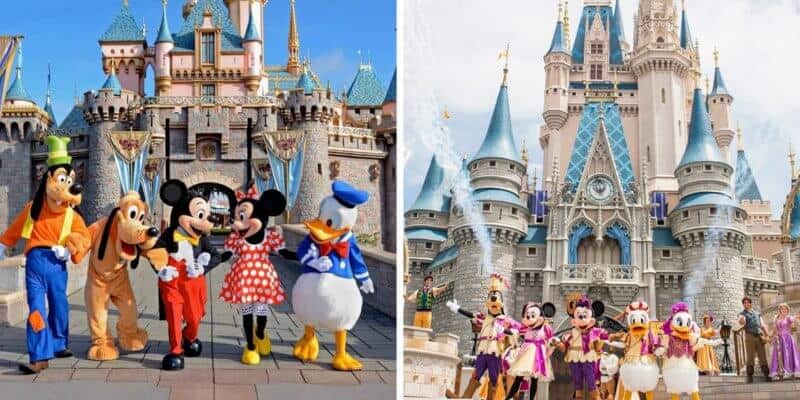 Recently, analysts have been releasing their findings and thoughts on when exactly the Disney Parks closures will go on until. One analyst even predicted that Walt Disney World Resort could remain closed through 2021.

However, with so much speculation happening these days regarding the Disney theme parks located in both California and Florida, it is hard to keep track of what exactly The Walt Disney Company has said regarding these theme parks and the temporary closures.

Therefore, we have put together everything The Walt Disney Company has stated regarding the timeline for theme park closures and how long the Disney Parks will remain closed.

Please note: At this point, both Walt Disney World Resort and Disneyland Resort will remain closed until further notice.

Shanghai Disneyland theme park will officially reopen to the public on May 11, 2020. The initial park reopening will demonstrate a deliberate approach, drawing on the experience from the successful reopening of Disneytown, Wishing Star Park and Shanghai Disneyland Hotel in early March, and implement enhanced health and safety measures.

During this initial reopening phase, the park will institute new measures and procedures, including opening with limited attendance and required advanced ticketing and reservations, accommodating social distancing in queues, restaurants, ride vehicles and other facilities throughout the park, and implementing increased frequency of sanitization and disinfection.

What Does This Mean For The United States Disney Parks?

Although Disney has not yet given the public an exact date on when we can see either Walt Disney World or Disneyland Resort reopen, based on how long Shanghai Disneyland was closed and based on how cautious The Walt Disney Company is being even after they reopen in Shanghai, we know that Disney will not announce anything nor will they decide to open up too soon to ensure the public’s safety.

During a recent task force meeting, Walt Disney World Resort Vice President Thomas Mazloum said that even though Disney is currently accepting new vacation bookings for June 1 or later, that does not mean that the theme parks will be reopening in June.

Read More: As Florida Reopens, Disney Says There is No Reopening Date for Disney World

Disney’s Chief Medical Officer also recently released a statement regarding the Disney Parks in which she emphasized how she is currently working with the US Travel Association on guidelines for the travel industry.

She also stated how they are currently exploring options regarding health considerations for the reopening of Disney Parks including phased reopening, social distancing protocols, sanitization such as having hand sanitizer, and frequent cleaning of the theme park, Cast Member training, and more.

Related: How Long Will the Disney Parks Be Closed? 4 Things That Could Help the Gates Reopen Faster

In more recent news, we learned that Disney Springs will begin a phased reopening beginning on May 20, 2020. No Disney restaurants or shops have been announced at this point, but Inside the Magic will continue to keep you posted as we learn new information.

The State of Florida Re-Opening

During a different Task Force meeting regarding the reopening Central Florida, we learned that the reopening of Florida’s theme parks will be up to Disney and Universal, not the state of Florida.

Chuck Whittall, speaking for Thomas Mazloum, Senior Vice President of Resorts at The Walt Disney Company, stated that “Theme parks and other venues of that magnitude shall each develop their own specific and unique set of guidelines following the CDC recommendations and using best practices that will protect the life, health, and safety of their employees and guests. They will be permitted to open at their own discretion with their internally determined level of safe capacities throughout the various [reopening] phases.”

This is when Mayor Demings replied with “…you’re precisely right because let me just say it this way when you look at those large theme parks they are like cities under themselves”.

Related: You can now buy all your favorite theme park merchandise online at shopDisney

Even though The Walt Disney Company has not stated any re-opening date for the Disney theme parks in the U.S., we can see that Shanghai Disneyland reopened after 108 days of being closed. And as of May 7, 2020, Disneyland Resort has been closed for 54 days while Walt Disney World Resort has been closed for 52 days. If this is any indication for the United States theme parks, we can expect Disney to reopen in mid to late summer 2020 if it is safe to do so.

How long do you think the Disney Parks will remain closed? Let us know your thoughts in the comments.