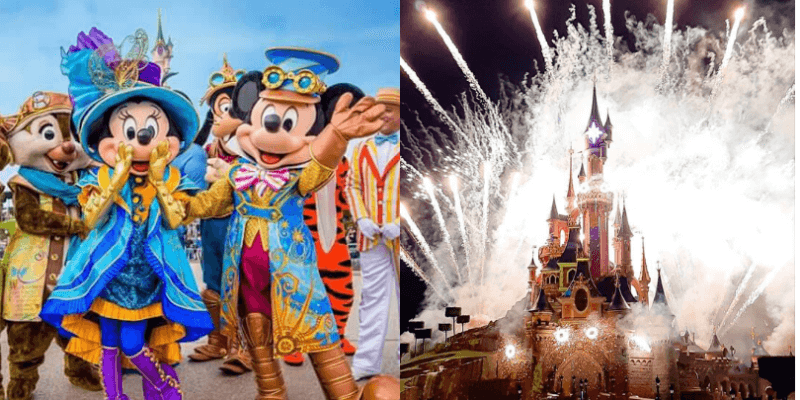 As the days go by, theme parks remain closed, and Disney fans around the world are still stuck at home, the demand is growing for Disney to bring the magic home.

And Disney has answered that demand by streaming official video of some of their favorite shows and parades performed of guests in the parks around the world. From streaming the Magic Happens Parade at Disneyland to Tokyo Disney Resort’s version of Fantasmic! and more!

Now Disneyland Paris is stepping up to the plate, announcing they will stream one of their shows and they want you, Disney fans and would-be guests, to choose which show you want to see.

The resort posted a poll on their Facebook page saying:

What if you could enjoy Disneyland Paris’ biggest shows at home? ?

Grab the popcorn, as your dream is about to come true… Tune in at 4pm on Wednesdays and Sundays to watch your favourite shows and parades from over the years! ✨

First up, prepare for Disneyland Paris’ anniversary on April 12th and vote for an iconic show to watch this Wednesday: “Disney Stars on Parade” or “Disney Illuminations”?

What if you could enjoy Disneyland Paris’ biggest shows at home? ?Grab the popcorn, as your dream is about to come…

Disneyland Paris’ streaming event is yet another episode of Disney’s latest series “Disney Magic Moments“: a new social media initiative to keep the flames of Disney magic ablaze all over the world until the day they can return to the parks and all shine together. This is also a great opportunity for Disney fans all over the world to see a staple show of another park that they may never get to see in person. Seize the day and get your Disney on!

Have you been watching Disney parades and shows while you’ve been at home? Are you going to tune in to watch the Disneyland Paris shows? Let us know in the comments!