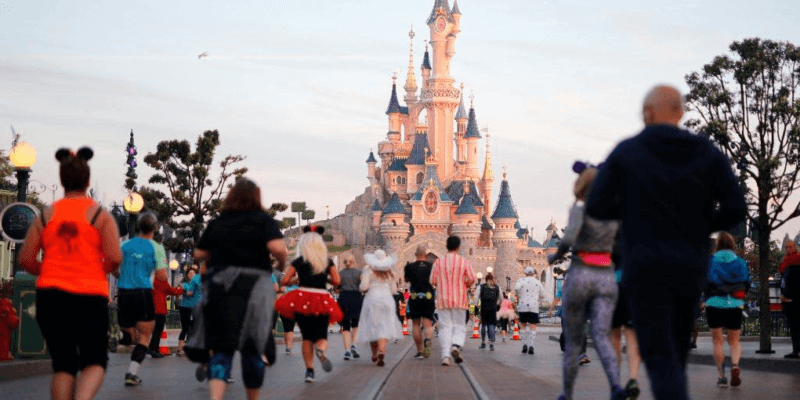 As of Tuesday, France has extended its ban on large events until at least September, which may lead to a fall reopening of Disneyland Paris. Here’s why.

Deadline reports that French Prime Minister Edouard Phillippe’s latest statements to the National Assembly in Paris indicate that French movie theaters will not be allowed to re-open before at least June 2, and the ban on festivals and events that draw more than 5,000 people has been extended to September. But what does this mean for Disneyland Paris?

this *MAY* affect the likes of Disneyland Paris, the Village and the Hotels

At the time of this article’s publication, Disneyland Paris has not yet announced any further information regarding a reopening date. The latest statement on the official Disneyland Paris website indicates that the two theme parks (Disneyland and Walt Disney Studios), the shopping and dining district (Disney Village), and each of the resort hotels on Disneyland Paris property will remain closed until further notice.

The safety and well-being of our Guests and employees remains Disneyland Paris’ top priority.
As a result of this unprecedent pandemic and in line with government measures, Disneyland Paris will remain closed until further notice.
Below, you’ll find information on impacts to current and upcoming plans. Please continue to check back for updates.
We appreciate your patience and understanding.

Considering how many people from not only France, but all of Europe and the World visit Disneyland Paris on a regular day would indicate to fans that a ban on large gatherings of 5,000 people or more may have a significant influence on when Disneyland Paris will be able to reopen its gates. In the French Prime Minister’s address today, he did not share information regarding theme parks specifically.

The ban on large events seems to have already impacted those that were scheduled at Disneyland Paris for this year. This week, it became known that Disneyland Paris’s The Lion King and Jungle Festival — which was originally scheduled for mid-June through mid-September — will no longer be taking place at the theme park this summer. Whether the event was postponed because of the ban on large gatherings, or whether it was postponed because the park will still be closed at that time, is currently not known.

Oh dear… It wasn't hard to predict… But looks like Lion King has fallen too ?

We continue to keep everyone affected by the pandemic and the Disney theme park closures in our hearts during this time. We’ll update Inside the Magic as more information becomes available.

What’s Happening at Other Disney Parks?

We at Inside the Magic have continued to update our website with information regarding what’s going on with the temporary closures of other Disney Parks worldwide.

This week, Florida’s task force for reopening the state’s economy has begun discussions of reopening procedures for theme parks, including Walt Disney World Resort. Additionally, Disney also began canceling mid-may WDW vacations, which may indicate a reopening sometime in June or later, although no other information has been released.

Shanghai Disneyland began testing a “soft reopening” of the theme park, according to some images that have recently surfaced on social media. Something similar could be done at the U.S. Disney Parks.

We have also published a breakdown of everything Disney has stated regarding reopening Disneyland Resort in California and Walt Disney World Resort in Florida. Read more here.

Comments Off on Ban on Large Events Through September – Delayed Reopening for Disneyland Paris?