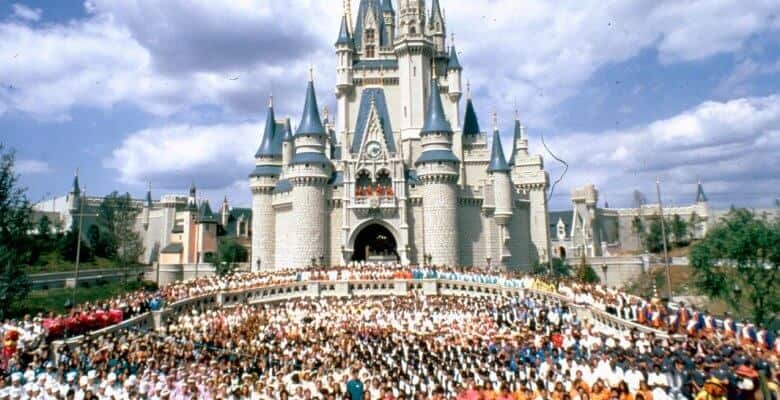 It’s safe to say that we all have a favorite Disney attraction. From The Haunted Mansion, Splash Mountain, and Space Mountain to Pirates of the Caribbean and, dare I say it, The Enchanted Tiki Room, there’s that one Disney Parks attraction we hold dearest to our hearts.

However, the question remains: what sits as the attraction that the Disney Imagineers favor above everything else?

We’re going on what has been built and reused multiple times over the years at Disney’s theme parks worldwide, and the results are surprising. Drum roll, Imagineering’s favorite attraction according to what they have reused more than anything else is…

The attraction is in the Magic Kingdom in Walt Disney World, Tokyo Disney, Disneyland, Disneyland Paris, Hong Kong Disneyland, and Shanghai Disneyland. That’s pretty crazy to think about. Here’s the order of when the attraction (or an attraction just like it with a slightly different name) opened at each of the parks:

It makes sense; Toy Story is a huge worldwide franchise loved by all countries where the attraction currently sits. The attraction was initially promoted in Toy Story 2 (remember that incredible scene fantastic video game at the start?) and has proven popular over 20 years! Toy Story Land even exists in many of the parks we mentioned above. It’s a franchise with a lot of love!

The problem is that Buzz LightYear’s Space Ranger Spin is one of the oldest feeling attractions in many of the parks. We’d love for the Imagineers to give the attraction a bit of love and bring it into modern times!

Technically, Dumbo the Flying Elephant also has a version in every major Disney Central, but we feel that’s a lot less work for the team to insert into a Park.

13 favorite frights from the wickedly wonderful world of Disney

Other attractions that have proven popular with the Disney Imagineers over the years include Pirates of the Caribbean, The Haunted Mansion (in various forms), Space Mountain, Big Thunder Mountain, Toy Story Mania, Peter Pan’s Flight, and of course, it’s a small world.

Many visitors to multiple Disney Parks worldwide take issue with Disney reusing attractions in each Resort. Still, it’s important to remember that most Guests aren’t Guestsenough to be jet-setting to each Resort! We al Resort have some pretty incredible unique rides in each of the alternatives that dalternativesist anywhere in the world that including Kilimanjaro Safaris and the Matterhorn Bobsleds.

No matter where you are in the world, from Disney’s Animal Kingdom, EPCOT, or Hollywood Studios to the Walt Disney Studios and Tokyo DisneySea, there’s always something unique.

Have you got a favorite ride at Disney? Let us know in the comments below!