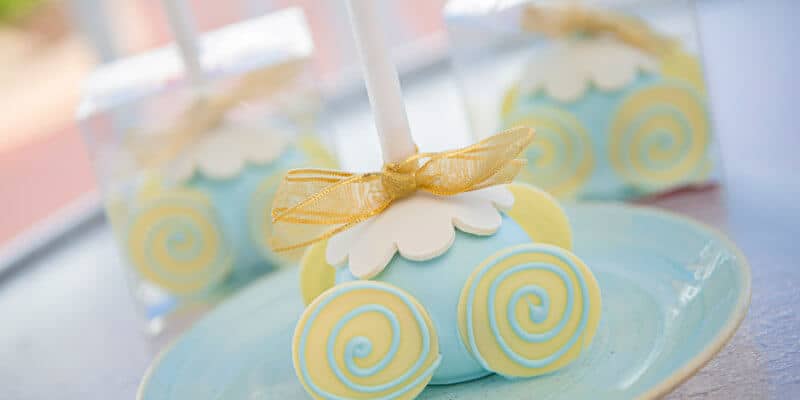 Disney Parks on both coasts are celebrating the 70th anniversary of the classic fairytale, Cinderella.

Including special character meet and greets and specialty treats, both Walt Disney World Resort and Disneyland Resort are spreading the magic in honor of the 70th anniversary of the classic film, Cinderella.

But, if you are heading to Walt Disney World Resort in Florida, you’ll want to stop and try this delicious (and adorable) Cinderella themed treat.

The Cinderella’s Coach Cake Pop is 100% Instagram-worthy and is almost too cute to eat! (We did say almost). The cake pop features a triple chocolate cake pop with white chocolate wheels. It is available at Gasparilla Island Grill at Disney’s Grand Floridian Resort.

Looking for even more Instagram-worthy food items to try at Walt Disney World Resort? Check out our other posts and find out where they are located:

Other Ways Disney World Is Celebrating This Milestone

Do you want to visit Walt Disney World but aren’t sure where to begin planning? Then don’t hesitate to reach out to our friends at Academy Travel! Click here for a free, no-obligation vacation quote from the Authorized Disney Vacation Planners at Academy Travel!

Do you plan on visiting the Disney Parks to celebrate the 70th Anniversary of Cinderella? Let us know in the comments.