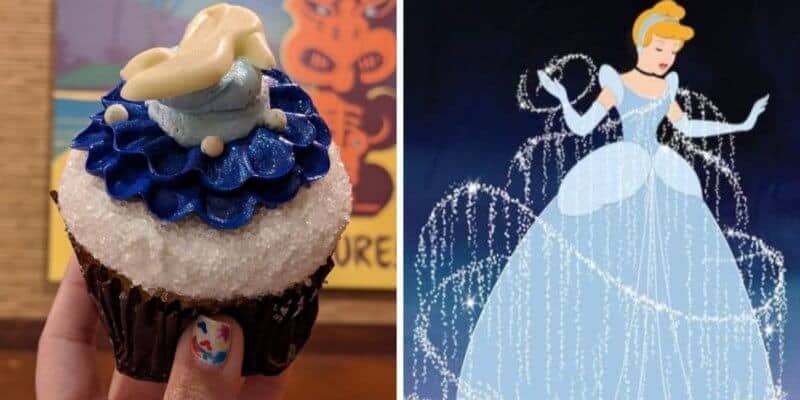 Disney is celebrating the 70th anniversary of Cinderella — Can you believe it?

From specialty treats to special character meet and greets, Disney World is spreading the magic in honor of the 70th anniversary of the classic film, Cinderella.

Disney’s Polynesian Resort in Walt Disney World is celebrating the 70th anniversary of Cinderella with this special blue and white cupcake.

The top of the Cinderella cupcake has delicious sugar crystals and beautiful edible glitter sprinkled on the bright blue frosting. On top of the cupcake is a classic white chocolate slipper.

But the best part of this sweet treat is the surprise inside!

Inside, the filling includes whole blueberries! Once you take a bite, instead of getting a mouthful of jelly or filling, you get full blueberries!

Walt Disney World is also selling this adorable Bibbidi Bobbidi Boo Cake in honor of this special milestone, which is now available at Main Street Bakery in Magic Kingdom Park.

Other Ways Disney World Is Celebrating

Will you be picking up one of these Cinderella Slipper Cupcakes from Disney’s Polynesian Resort? Let us know in the comments.