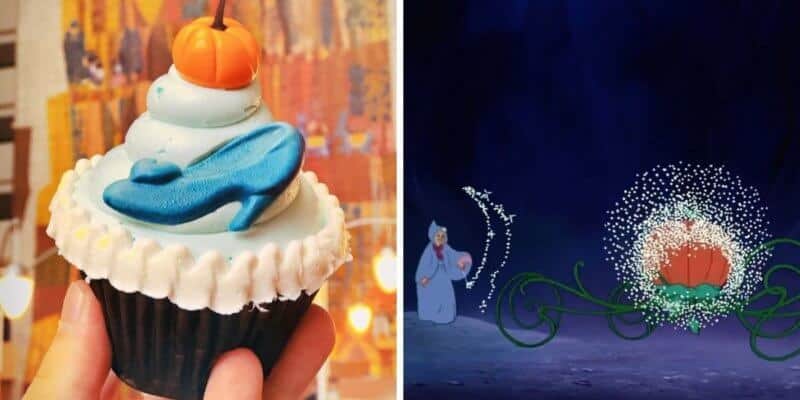 It’s been 70 years since the release of Disney’s classic film, Cinderella.

From specialty treats to special character meet and greets, Walt Disney World Resort is celebrating and spreading the magic in honor of the 70th anniversary of the classic animated film, Cinderella.

And now, Disney’s Contemporary Resort is joining the fun by offering this new Cinderella Pumpkin Cream Cupcake. Check it out.

This Cinderella Pumpkin Cream Cupcake consists of fluffy yellow cake and is filled with delicious pumpkin cream, which is giving us major fall vibes!

The cupcake is then topped with bright blue buttercream, an adorable pumpkin made of fondant pumpkin and a chocolate slipper.

Walt Disney World is also selling this adorable Bibbidi Bobbidi Boo Cake in honor of this special milestone, which is now available at Main Street Bakery in Magic Kingdom Park.

Do you want to visit Walt Disney World but aren’t sure where to begin planning? Then don’t hesitate to reach out to our friends at Academy Travel! Click here for a free, no-obligation vacation quote from the Authorized Disney Vacation Planners at Academy Travel!

Do you want to try this new Pumpkin Cream Cinderella Cupcake? Let us know in the comments.