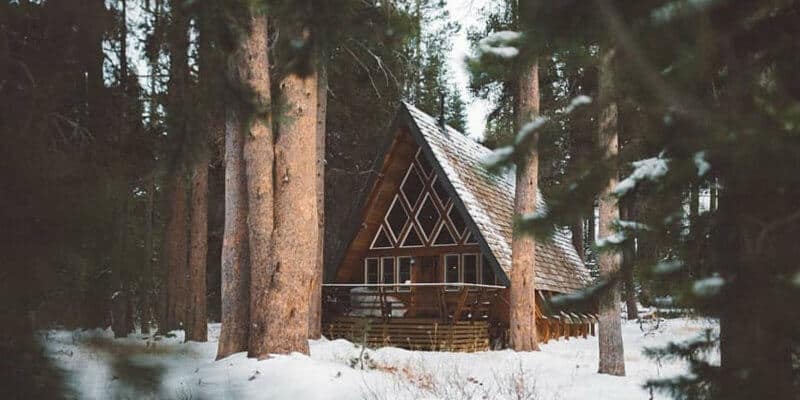 Over the past couple of years, minimalism has become very popular, and sometimes those who choose that lifestyle incorporate a so-called “tiny house” into their lives as part of their downsizing efforts. Tiny houses are more popular than you might think.  Some are simply regulation houses built from the tiny blueprints of a house that takes up only a few square feet of land. Others are fashioned from shipping containers. And despite their tiny sizes, some tiny homes dazzle with ingenuity, creativity and even some amazing décor and design features.

Related: Here’s what Disney Princess homes would look like in the 21st century

Now several artists from Angie’s List have taken a look into what tiny houses owned by beloved Disney characters might look like if building contractors drew inspiration for a 400-square-foot tiny house from the characters’ clothing, personality,  and even elements of their stories. Let’s take a look.

Belle’s tiny house would have to have some features of a castle.

Angie’s List artists imagined Belle’s tiny house as a small cottage. It’s fitting; after all, Belle comes from a “little town; it’s a quiet village–every day like the one before.” Her house sits atop a tower instead of wheels like most tiny houses do. Belle’s trademark blue and white dress was used as inspiration for the interior décor of Belle’s tiny abode, and blue hues are found throughout the home which also includes a fireplace and stacks of books for Disney’s most famous bookworm. Naturally.

Mulan always strives to make her family proud, and this tiny house will do the trick. Both the interior and exterior of the home are inspired by Chinese culture, with some Japanese influences like a zen garden in the outdoor space adjacent to the house. Mulan is well-versed in rising to the occasion. In her tiny house, guests will rise to the loft above via a space-saving wooden ladder made into the wall.

Only a mini-cabin will do for Elsa.

And that’s exactly what the artists at Angie’s List envisioned for Elsa‘s tiny house that’s punctuated with hints of Norwegian architecture. Elsa’s mini-cabin also resembles her ice castle from Frozen. The inside her tiny castle cabin is decorated and designed with Frozen touches all around. One step inside this tiny house, and you get an icy feeling (but in a good way) from the snowflake-shaped beams overhead and a color palette that includes a variety of blue and grey hues carried throughout the house.

Don’t be fooled by Woody’s tiny house. It’s rugged and rustic to boot.

Hey, howdy, hey, It makes sense that the accents in Woody’s tiny home would be, well, largely wooden. And although the house only encompasses 400 square feet, there’s plenty of room inside Woody’s rustic house to hang up his hat, boots and badge. The wooden accents throughout the house make it warm and welcoming, and the antler chandelier adds just the right masculine touch.

As fate would have it, Merida’s tiny house is chock full of Scottish accents.

And those accents are evident upon first glance at the Pixar Princess abode. Angie’s List artists imagined Merida’s tiny house as more of a tiny castle. Dark woods and Scottish architecture decorate the inside of the tiny house, and the floor is even adorned with a painting of Merida’s faithful steed Angus.

A creepy tiny house? Of course. If you’re Jack Skellington.

Even though Jack Skellington had a change of heart and sees the merit in Christmas, there’s got to be a part of him that still loves the creepy, the hair-raising, the, well, nightmarish. So his tiny house would have to follow suit. The exterior of the house is foreboding, and if it doesn’t scare you away, you will see that the inside of the house is designed to look worn and somewhat dilapidated (whoever heard of a pristine haunted house?). It’s even decorated with faint string lights and a jack-o-lantern or two.

Which of these tiny houses is your favorite? What do you think a tiny house would look like for other Disney characters? Share your creativity with us in the comments section below.