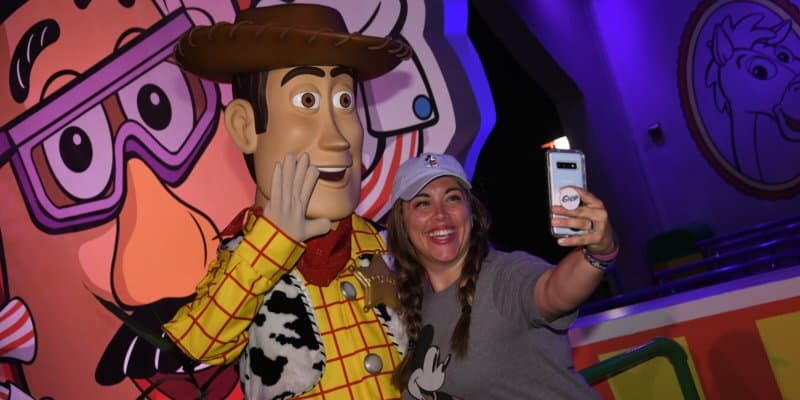 In our circle of friends, we’re the ones known as the “Disney one,” “the Disney addict,” “the Disney nut.” And that’s just fine with us.

We love the Happiest Place on Earth and the Most Magical Place on Earth. We know lots of tips and tricks for planning the best Disney trip ever, and for making the most out of the Disney experience. And we love to talk about Disney. We love to be in the parks during a new land’s opening, and we know that Disney always capitalizes the word “Guests.”

We’re only too happy to share the magical adventure of a trip to the parks with friends and family. When we hear the word “cruise,” we always hear “Disney cruise.” We follow other Disney addicts on social media and read every single post they write. We have our favorite Disney dining venue, and we need no special reason to start planning our next dream trip to the parks.

Whether we are watching parades at Disneyland, watching fireworks at Disney World, or watching a Disney movie on our televisions, we have a true affinity for the amazing and magical world of Disney and we never tire of it. Here’s how we know we’re Disney addicts.

We know all about Walt and we don’t forget to give him his rightful place in the history of the Disney empire.

Our love may have begun with Mickey, and we know that he was born in 1928. But that’s not all we know. We are also aware that he was born in the mind of Walt Disney while on a train ride with his wife Lillian after a huge disappointment that had to do with a sneaky contract loophole, a long-eared rabbit named Oswald, and a group of less-than-loyal animators. But we understand that Mickey was only one part of Walt Disney’s genius and that it only grew from there. And even though it’s been so long since his passing, we continue to give Walt the credit because that’s where so much of the credit is due.

Some of us only speak about Universal in a whisper because it feels a little like blasphemy.

Now this doesn’t apply to every Disney addict. Some Disney addicts have found enough room in their hearts for Mickey and Harry Potter, etc. But for some of us, patronizing Universal–at least when it comes to theme parks–makes us feel disloyal. So we don’t even speak about it. Many of us have zero interest in anything under the heading of “Universal.” It feels a bit treasonous to even consider a Universal visit when Disney World is staring us in the face.

We remember and honor oldies from the parks.

Dreamfinder, the Main Street Electrical Parade at Disney World, the day Epcot closed the pantry on Kitchen Kabaret, the last solemn voyage of the Maelstrom in Norway, the night the curtain closed for the last time on the Great Movie Ride, and the last wild ride we took with Mr. Toad in Magic Kingdom. All of these things leave us a bit somber, a bit nostalgic, and even a bit sad because we miss them. We remember them with such happiness and excitement because we experienced them so long ago, and we’re never to have those experiences again.

A moment of silence, please.

We always know the details on upcoming Disney and Pixar films

Anytime the subject of upcoming movies comes up, we’re among the first to mention new Disney and Pixar movies, whether they’re coming to theaters next week, next month or next year. And we’re not usually wrong. We knew exactly when Toy Story 4 would hit theaters, and we also knew the story wouldn’t be about Andy. When everyone else said that Frozen 2 was a rumor, we knew it really was coming down the pike, and we were the first among our friends to announce a November 22 release date.

We’re also familiar with which live-action remakes are actually being made and which ones are either rumors or so far off in the future that casting hasn’t even been addressed.

Sorry, not sorry. Some things just bother us. Please don’t use “Disneyland” and “Disney World” interchangeably. They are so wonderfully wildly different. Please don’t use the words “Walt Disney” and “cryogenically frozen” in the same sentence. Please don’t wear Harry Potter shirts to Disney World. There are so many things. For an even more complete list of things that really annoy Disney fans, look here.

We see hidden Mickeys everywhere and point them out to others…almost obsessively.

Is it our fault if the passing cloud just happens to have the silhouette of Mickey right there for us to see? And at Thanksgiving, we just can’t help noticing that Aunt Sally’s place settings are arranged in the shape of Mickey heads. We see those hidden Mickeys everywhere–in paint splatters, in shadows cast on the wall, in rain droplets that fall on the sidewalk. The list goes on.

At any time of the year, we know exactly where we are in our Disney World countdown.

We already get Disney addict points for heading to the parks regularly. But true addicts take it a step further–we know exactly how many days it is until our next pilgrimage to the parks, no matter what day of the year it is. And we score even more addict points for having a tangible countdown calendar in our houses so the whole family can enjoy the countdown.

When given a choice about where we’d like to go on vacation, there’s always a Disney component to our answer.

Our significant other wants to plan a romantic getaway to Paris. We’re excited about the trip. We’ll get to see the Eiffel Tower for the first time, and we’re thrilled. But there’s one little thing we’re determined to see that our other half may not be interested in doing. That’s right–Disneyland Paris! And then there’s the ultimatum served up with a smile: “If we’re not going to Disneyland too, then I’m not going at all.”

And yes, we know full well how many different family entertainment venues there are in the Orlando area. And if others around us want to storm the gates of those places, so be it. We just don’t get it when people are that close to Disney World and don’t even stop in a say howdy to Mickey for just a minute. That’s like a kid in a candy shop–a kid who refuses to eat candy. Weird.