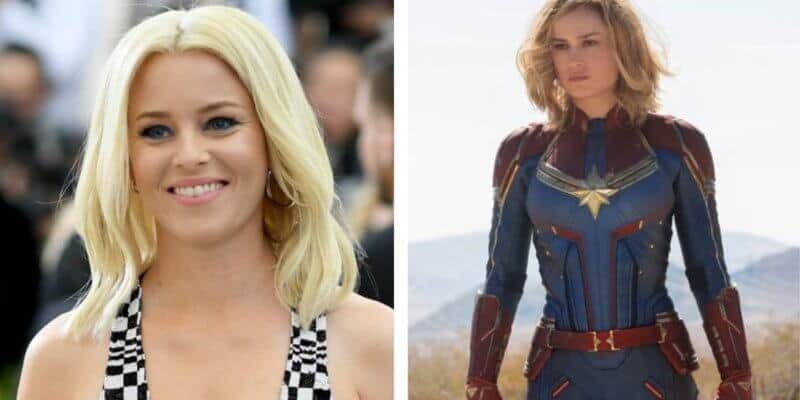 Elizabeth Banks is now facing some major backlash as she has just stirred up some controversy around iconic superhero films.

The actress, who is also known for writing, directing, and producing the just-released Charlie’s Angels reboot, is now under fire as her recent quotes to The Herald Sun has received a ton of backlash on social media.

During the interview, Banks had spoken about her film prior to it opening at the box office. She said that Charlie’s Angels had to perform well, otherwise it would further harm future female-led films.

“Look, people have to buy tickets to this movie, too. This movie has to make money,” Banks said. “If this movie doesn’t make money it reinforces a stereotype in Hollywood that men don’t go see women do action movies.”

Charlie’s Angels, did not perform well opening weekend and only made a disappointing $8.6 million in the United States.

Banks went on to say that some fans would most likely point out that this is, in fact, not true as recent female-led films such as Captain Marvel and Wonder Woman, but she feels that these box office hits don’t count as they are part of bigger cinematic universes, led by male actors.

“They’ll go and see a comic book movie with Wonder Woman and Captain Marvel because that’s a male genre,” Banks stated. “So even though those are movies about women, they put them in the context of feeding the larger comic book world, so it’s all about, yes, you’re watching a Wonder Woman movie but we’re setting up three other characters or we’re setting up Justice League.”

This has caused major backlash for Banks, especially on social media platforms such as Twitter. Users are saying that this has nothing to do with “male genre” and it’s more about the fact that her movie just didn’t look interesting or good.

Men like movies that don’t suck.
And that goes for women as well.

Maybe if directors stuck to movies instead of pushing liberal politics, you’d have better ratings.

Superheroes aren't a male genre. I love you Elizabeth Banks, but that's completely erasing the amount of female, non-binary and non-gender conforming fans of these heroes that have given us a bright place to escape to when the world hates us. It doesn't belong to cis white males.

“By the way, I’m happy for those characters to have box office success,” Banks said, “but we need more women’s voices supported with money because that’s the power. The power is in the money.”

There were supports of Banks regardless of what she said. There are several Twitter users who have jumped to Banks’ defense and have, in fact, agreed with her.

Elizabeth banks didn’t lie when she classified these films as “male genre” because none of these had a fully female driven cast, whereas Charlie’s Angels had that and was more about female friendships and women at work without necessarily having any superpowers pic.twitter.com/pFTO5DC0rV

Banks doesn’t seem to care about the backlash and is still proud of her film, regardless of the numbers at the box office. She even Tweeted out a joke about the flop film.

Well, if you’re going to have a flop, make sure your name is on it at least 4x. I’m proud of #CharliesAngels and happy it’s in the world.

Do you agree or disagree with Banks’ comments on Captain Marvel and Wonder Woman? Let us know in the comments.