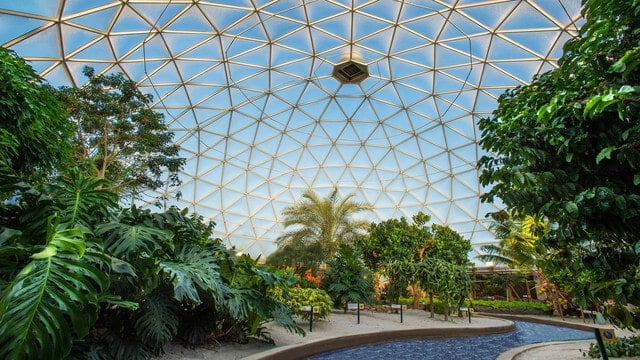 One of the most beloved attractions at Epcot (and a personal favorite of mine) Living with the Land has received an update that fans are going to be incredibly pleased about.

Over the past few weeks, guests had begun noticing that the film scene within the attraction was running a bit out of sync. We’re referring here to the scene you encounter just before entering the greenhouses. While it’s never good for fans to see this, it turns out Disney was just working on a few things behind the scenes and we now have a brand new digital film scene in this section of the attraction!

As you will see from the below video from The Epcot Queen on Twitter, the scenes have been updated alongside new audio:

It’s amazing how such a small change can bring Living with the Land into 2019 and out of the 80s/90s. There are a few subtle differences in the audio but you will see just how crisp the new visual look when comparing to the original which we have for you below:

Living with the Land opened alongside the park in 1982 where it was originally known as Listen to the Land. It’s been a fan favorite ever since and has been serving guests the crops grown throughout The Land and Walt Disney World restaurants ever since.

With Epcot fans on the edge of their seats about what’s to come at the Disney Parks panel at D23 in a couple of weeks, it is always good news to see that one its classic attractions is getting an update.

Ready to plan a trip to Epcot and Walt Disney World? Contact our friends at Academy Travel for a free no-obligation quote. The team of Authorized Disney Vacation Planners at Academy Travel can help answer all your questions and plan your trip so you can focus on having a magical Disney vacation without any stress. Click here to contact them and begin planning your family’s first Disney vacation!

Are you a fan of the new update to Living with the Land? Let us know what you think in the comments below!