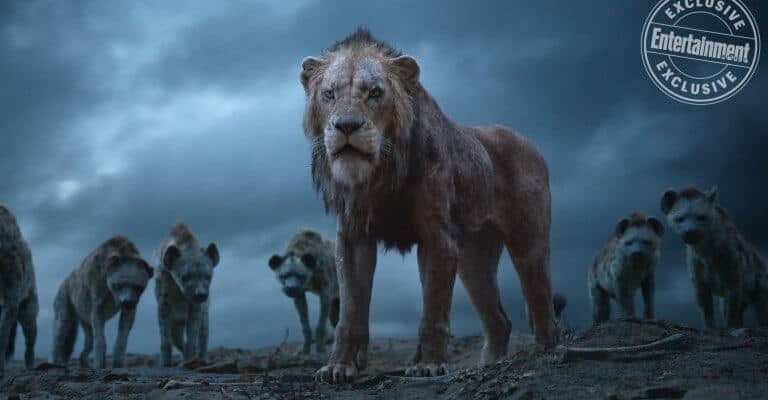 It hasn’t even been a full week since the world premiere of “The Lion King,” but already the film is being hit with negative reviews. While some were dazzled by the 2019 remake of the classic Disney animated film, others were less than impressed, weighing in on Rotten Tomatoes to give the film a 59% rating.

“The Lion King” was predicted to be one of the highest grossing films of 2019 (some even said that it could beat out “Avengers: Endgame”). The film has one of the best casts we’ve seen in years, it’s directed by Jon Favreau, and Alan Menken even lent his hand at the film’s musical score. Plus, with Beyoncé and Donald Glover singing “Can You Feel The Love Tonight,” we can’t think of anything that would make Disney fans want to see this film more. But after negative reviews began pouring in, we started to second guess the remake’s potential success.

As Comicbook notes, the negative reviews for “The Lion King” can be a bit surprising. Recent 2019 remakes like “Dumbo” and “Aladdin” had less than stellar marketing campaigns, but “The Lion King” has been hyped up for quite some time now. And with such an incredible team working on and promoting the new film, we can hardly go on the internet without encountering some sort of advertisement for our favorite lion’s new movie. Of course, Rotten Tomatoes isn’t exactly known for being the most accurate representation of a film’s success, and negative reviews can’t scientifically determine how much money a film will make at the box office. “Aladdin,” the most recent Disney remake before “The Lion King,” was very successful, bringing in over $900 million worldwide.

Still, while the reviews for “The Lion King” are a majority negative so far, we have to keep in mind that quite a large percentage of people who have seen the film since its premiere this week are critics. A majority of fans haven’t even seen the movie yet, and so many Disney enthusiasts will go see a Disney film no matter what it’s about. Sure, the original 1990s version of “The Lion King” boasts one of the largest followings of any Disney movie, but it’s clear from the previews (and from the movie itself after we at Inside the Magic saw the film) that the new version is still magical, charming, and definitely worth a watch. We’re not sure if it’s the ultra-realistic visuals, the voice talents, or the comparison to the original that is causing “The Lion King” to have negative reviews so far, but when it comes to Disney movie remakes, we still think it’s one of the best we’ve seen.

We’re still holding out hope that “The Lion King” will make it big at the box office after it officially hits theaters next week. But for now, we’ll be singing along to every new song from the film’s soundtrack and buying all the merchandise we can to celebrate one of our favorite Disney stories of all time.

Are you planning to see “The Lion King” after it hits theaters on July 19? Let us know in the comments!