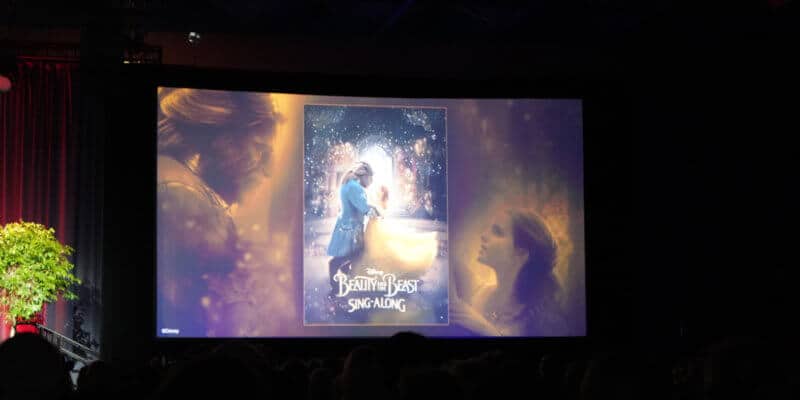 During D23’s Destination D: A Celebration of Mickey Mouse, Disney revealed the latest plans for the new attractions and entertainment experiences coming to Epcot beginning in 2019. At Destination D, which was held at Walt Disney World this past weekend, announcements included the addition of a new “Beauty and the Beast” sing-along to the France pavilion at Epcot.

Chairman of Disney Parks, Experiences, and Consumer Products Bob Chapek revealed the plans for the new sing-along show in his Saturday presentation of the many changes coming to Walt Disney World over the next few years. Chapek revealed that the brand-new “Beauty and the Beast” sing-along show will be offered in addition to “Impressions de France” in Epcot’s France pavilion. The show is being created by Don Hahn, who produced both the animated and live-action “Beauty and the Beast” films. At this point, it is unclear whether the new “Beauty and the Beast” show will include music from the live-action or the animated film, but with Hahn’s creativity, we’re sure the show will be a hit.

The newest “Beauty and the Beast” attraction being added to the parks will continue to add to the presence of the film throughout Walt Disney World, delighting fans of the classic Disney story. Over in Disney’s Hollywood Studios, fans have loved seeing live performances of “Beauty and the Beast” on stage daily. At Magic Kingdom, the addition of New Fantasyland gave guests the opportunity to visit Beast’s castle by dining at Be Our Guest Restaurant and watch the characters come to life in Enchanted Tales with Belle.

While many fans are disappointed with Disney’s decision to add a sing-along attraction to the France pavilion instead of giving Impressions de France a much-needed update, you can’t deny the success of the presence of Disney Princesses throughout Epcot. Frozen Ever After brought Elsa and Anna to the Norway pavilion when the attraction replaced the classic Maelstrom ride not too long ago, and while some fans expressed their disappointment, the new “Frozen”-themed attraction is still widely successful. The decision to add “Beauty and the Beast” to the France pavilion may be just as well-received by Disney fans as Frozen Ever After, though it’s too soon to tell. 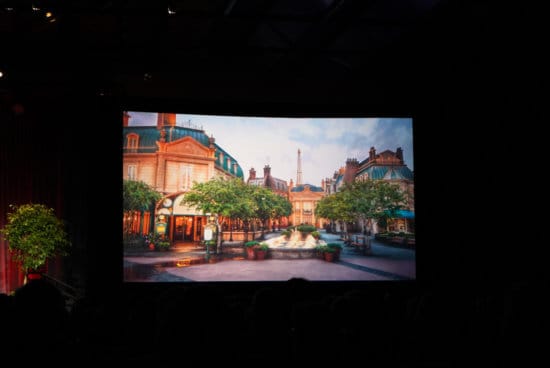 The “Beauty and the Beast” sing-along at Epcot is one of the many announcements revealed at D23’s Destination D: A Celebration of Mickey Mouse event last weekend. Be sure to check out the other exciting reports from the event, including the reveal of Epcot’s Guardians of the Galaxy roller coaster ride vehicles and exciting new details of Star Wars: Galaxy’s Edge attractions and the upcoming Star Wars Resort.

What do you think of the new “Beauty and the Beast” sing-along show coming to Epcot’s France pavilion? Let us know in the comments below!