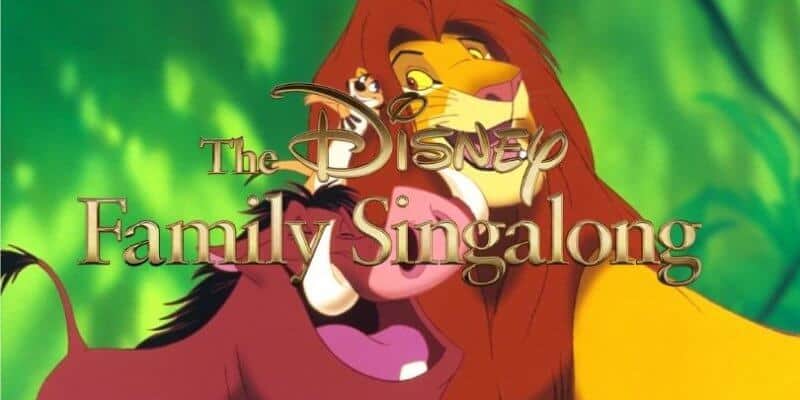 Start warming your vocal cords ladies and gentleman, because Disney, in partnership with ABC, is bringing us a singalong special The Disney Family Singalong! This Thursday, April 16 at 8pm EDT on ABC, you will be able to free the Disney character in you and with some amazing celebrities your favorite Disney songs.

The initial lineup was announced a few days ago but now we have even more celeberties to look forward to seeing on screen!

The televised event will also have a vocal warm up – to make you feel even more like a professional singer – lead by Kristin Chenoweth.

And to give it a little nostalgic feel, you will be able to follow the lyrics with an animated character jumping on top fo the lyrics as the songs plays.

As if all fo this wasn’t exciting enough, the show will have an epic performance of “We’re All in This Together” with the High School Musical cast including Kenny Ortega (director), Vanessa Hudgens, Ashley Tisdale, Corbin Bleu, Monique Coleman and Lucas Grabeel.

“I wanted to find something I can do to participate and it was so great to be given the call and invited by ABC to join,” Ortega told on an interview to Deadline. “It gave me a purpose to get up every morning. I feel really good that we have an opportunity to do something like this — it’s good medicine.”

Related: Zac Efron And The “High School Musical” Main Cast To Reunite For One Night

But this show is more than a way to cheer your family’s spirits during the lockdown. The show will help raise awareness about the work Feeding America is providing to people facing hunger during the ongoing pandemic.

“Be Our Guest” – Derek Hough and Hayley Erbert, with a special appearance by Julianne Hough

“Can You Feel the Love Tonight” – Christina Aguilera

“Colors of the Wind” – Tori Kelly

“Do You Want to Build a Snowman” – Thomas Rhett

“Under The Sea” – Jordan Fisher

“You’ve Got a Friend In Me” – Josh Groban

Which song are you most excited to sing along to? Let us know down in the comments.