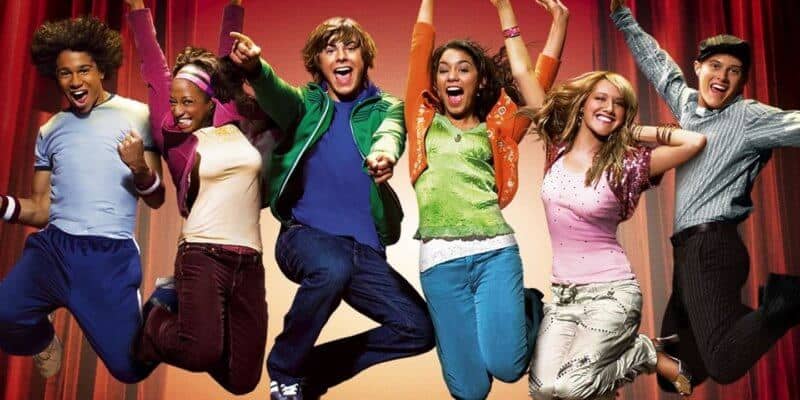 This recent pandemic has been hard for many. However, we have to remember at times like this we’re all in this together just like Zac Efron and the cast of Disney Channel’s High School Musical — who will all be reuniting for one special night on Disney’s Family Singalong on ABC April 16!

That’s right, Ashley Tisdale not only confirmed the news via her personal Instagram account by sharing a screenshot of the official release of the news on Deadline but also thanked Kenny Ortega for help making it possible.

ITS HAPPENING!!! We have reunited for a special night just for you guys! Thanks @kennyortegablog for the shout out! Honestly all I want to do in this moment is bring everyone some joy ❤️ #disneyfamilysingalong @abcnetwork APRIL 16th

“ITS HAPPENING!!! We have reunited for a special night just for you guys! Thanks @kennyortegablog for the shout out! Honestly all I want to do this moment is bring everyone some joy ❤️ #disneyfamilysingalong@abcnetwork APRIL 16th,” wrote Tisdale in her post on Instagram.

According to Deadline, Ortega was able to get together the entire original main cast, including Vanessa Hudgens, Ashley Tisdale, Corbin Bleu, Monique Coleman and Lucas Grabeel — with the special addition of Zac Efron who agreed to add a video message during the special.

“We couldn’t reach Zac until late but when we did, he immediately jumped in, of course,” Ortega said. “Everyone we reached out to was quick — and you’ll see it in their spirit and the way they come together from their homes. They recognize this is an opportunity to strengthen spirits for those joining us for the broadcast,” said Ortega.

The addition of the High School Musical cast is the most recent addition to the ABC special, which will be hosted by Ryan Seacrest on April 16 EST. In addition to the stars listed above, the special will also feature Christina Aguilera, Michael Bublé, Kristin Chenoweth, Auliʻi Cravalho, Amber Riley, John Stamos, Ariana Grande, Demi Lovato, Alan Menken, Elle Fanning, Josh Groban, Darren Criss, Tori Kelly and more. James Monroe Iglehart and the Broadway Company of Disney’s Aladdin is also said to be uniting for a performance of Friend Like Me.

Will you be tuning in April 16 at 8pm to catch this special performance by the Wild Cats? Let us know in the comments below!