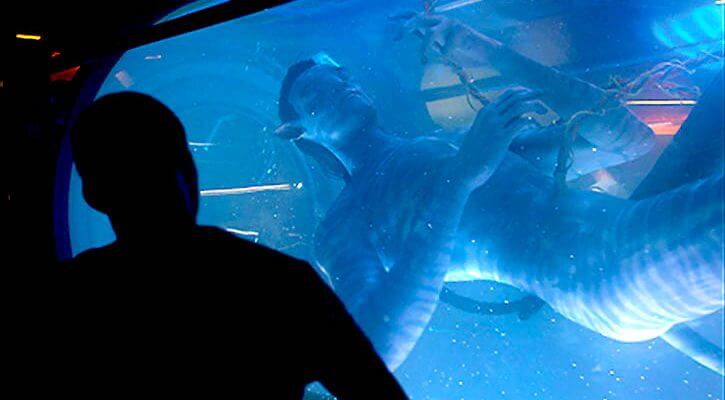 It’s nearly been six years since Disney first announced their partnership with director James Cameron to build a themed land based on his film “Avatar” and throughout that time, many have wondered the most simple question: Why?

While “Avatar” was a smash at the box office, becoming the top earning movie of all time at more than $2.7 billion worldwide (just ahead of Cameron’s “Titanic”), it hasn’t exactly withstood the test of time. Planned sequels to the 2009 film have repeatedly been delayed, each time met with much indifference. In short, despite tremendous financial success, “Avatar” was almost a pop culture flop.

So why then did Disney continue to push ahead with this project, even as the film’s cultural relevance all but disappeared? The answer is that building Pandora at Walt Disney World has never been about “Avatar,” the movie, or its eventual sequels. It all comes down to what Disney does best: creating beautiful, believable worlds that are driven by a story that guests can truly become immersed within.

Recently, I had the opportunity to talk with the lead designers and creators, who led me on an early preview tour of Pandora. It was a journey nearly six years in the making, as I’ve been reporting on this project since the moment it was announced, through its groundbreaking, gradual updates, and ultimately its grand opening later this month.

Over a three-part series this week, we will dive deep into just what makes The World of Avatar one of Disney’s most elaborately awe-inspiring creations to date.

PART ONE – WHY AVATAR?

“It really, truly does not matter what the subject of a story is,” explained Disney Imagineer Joe Rohde, Executive Creative Director of Pandora – The World of Avatar. “In order to tell any story, you have to back up and start at zero.”

To learn about the latest additions to Disney’s Animal Kingdom from Joe Rohde directly is like learning about American history directly from its Founding Fathers. Rohde has been the creative lead on the park since its inception in ’90s, in charge of its conceptualization, design, and development. Anyone who follows him on Instagram or reads his personal blog can clearly see he is first and foremost an artist and a world traveler. The former teacher grew up around the artifice of the film industry, but his adventures have connected him closely with the natural world.

It was therein that the connection was formed between Disney and James Cameron’s Lightstorm Entertainment, the company behind “Avatar” to take Pandora off the big screen and build it in real life, in such a way that the average Walt Disney World guest would not need to know, remember, or even care about the original film to be able to enjoy the new sights.

“We found with Disney a partner that was not afraid to dream big,” said Jon Landau, co-producer of “Avatar” with Cameron. Landau gives Disney credit for de-emphasizing “Avatar” and focusing strictly on making the ficitional planet of Pandora a very real place.

“None of it could have been done without the vision of the leadership at Disney, starting with Bob Iger who made a decision not to say ‘Avatar’ should go into Hollywood Studios or not go into Epcot, but to say that ‘Avatar’ is a franchise that has an ethos. And that ethos is in line with the mission statements of Animal Kingdom.”

From the beginning, Landau and Cameron have worked in close collaboration with Disney’s Imagineers to ensure they were creating not only a faithful recreation of Pandora as seen in the film “Avatar,” but more importantly an addition to Disney’s Animal Kingdom that meshed with the existing park perfectly. Inserting an “alien” world into a park featuring lands inspired by Africa and Asia had to be done carefully and correctly for it to make sense.

“We want you to feel like you’ve gone to an alien world that is so realistic that it has to be a real place,” emphasized Imagineer Mark LaVine, Lead Writer on Pandora. “We love to put you in real places at Animal Kingdom.” LaVine and his writing team began developing the story of Pandora – The World of Avatar almost immediately following its announcement, when the decision that it would be included in Animal Kingdom was made.

When crafting the story of the new Animal Kingdom area, Imagineers immediately threw out much of the events that transpire in “Avatar.” The battle between war-hungry humans and peace-loving Na’vi simply wasn’t a story they wished to put guests in the middle of, especially not in Animal Kingdom which has a central theme of a “connection to the natural world.”

To further that authentic connection to a fictional place that Disney has brought to life, Disney quite literally built a bridge between the existing real world-inspired areas of Animal Kingdom to the otherworldly Pandora. But the transition is intentionally slow, initially revealing Pandora as if it’s more of a national park than a distant planet.

“We created a real valley – we call it the Valley of Mo’ara on Pandora,” noted LaVine. It’s spelled out on the first sign you see after crossing the bridge into the new area. With an emphasis on nature and its preservation, LaVine and his story team found a way to make sense of adding this particular story to Walt Disney World.

“We wanted to make sure that it is about you, and that everything is peaceful here. We’ve come into a place that a long time ago – over a generation ago – there were these conflicts and there was this big company called the RDA. But they’re gone. They’ve left Pandora. So now you come and a tour company brings you here. You play yourself when you come to our land. You are you, coming to Pandora.”

There’s no need to link yourself to Jake Sully or any of the other characters of the “Avatar” film when you arrive at Disney’s Pandora. In fact, you don’t even have to remember that there was an “Avatar” movie.

“This is a place that has been crafted to tell a great story that takes place on the planet of Pandora. You do not need to bring a thing to this. That is our job,” added Rohde. “Our job is to make sure that you can arrive with nothing and we will take you through a story that you can feel and that you can believe. You are not obliged to bring a thing. It’s our job to sustain you, to lead you, to hold you up, and to give you something uplifting and something beautiful – whether you’ve ever heard of it before or not.” War and love stories aside, “Avatar” at its heart is a film about man and nature. It is a film about the symbiotic relationship set in space that metaphorically represented the connection between those that walk the Earth and the Earth itself. And that very connection is the one that makes Pandora – and its many intricacies and colorful, breathtaking sights – a perfect fit for Disney’s Animal Kingdom.

With the above story details in mind, we have our answer to why exactly Disney is about to unveil a new themed land based on “Avatar,” a movie that seemingly lost its relevance many years ago: connection to the world around you, on the deepest level.

“At first I think people had trouble seeing that,” admitted Landau. “Ultimately when they come here and experience Pandora, the land will do the same thing that I hope the movie did.”

LaVine succinctly summarized Disney’s goal, “Hopefully you’re going to walk away saying, ‘I went to Pandora. I went to another world.'”

Return to ITM tomorrow for Part Two of our three-part Unearthing Pandora feature series as we go further in depth into design intent and methodologies with Imagineer Joe Rohde.