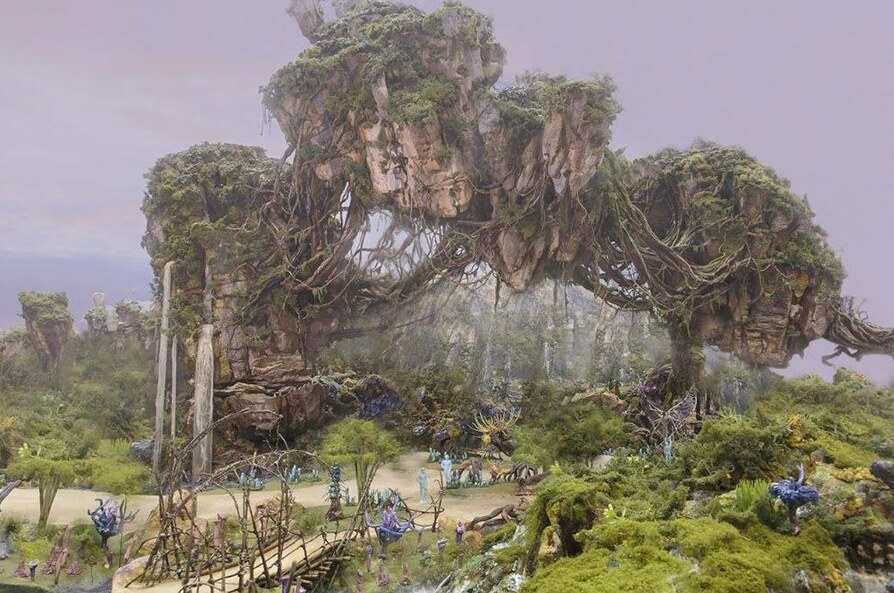 Walt Disney World has released an update on the ongoing Avatar Land project, currently under construction at Disney’s Animal Kingdom.

With new artwork and a short video, bioluminescent plants are revealed, interacting with footsteps and glowing in darkened surroundings, sure to bring striking visuals at night.

Disney is working on creating floating mountains over the park. Imagineer Joe Rohde is seen in the above video along with director Jim Cameron and producer Jon Landau in the Imagineering office in Glendale, California. Careful eyes will spot a building layout of some sort in the background of one of the video shots as well, though the wording above it is blurred: The World of Pandora is scheduled to open at Walt Disney World in 2017.