This morning Disney has announced plans to bring James Cameron’s film franchise “Avatar” to Disney’s Animal Kingdom theme park at Walt Disney World. In a “long-term creative partnership” and an exclusive deal, Cameron and his team will act as creative consultants with Walt Disney Imagineering with construction on the new land beginning by 2013 with a projected opening by 2016.

Specifics of the new Animal Kingdom-themed land are not yet revealed, though a press conference is being held at Walt Disney Imagineering headquarters in Glendale, Calif. today. 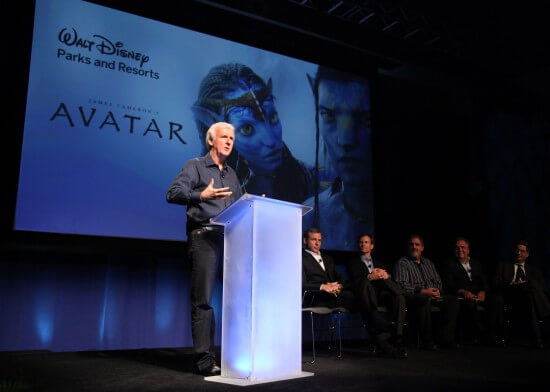 Plans are expected to feature more than one ride in a whole new park area. The “Pandora” alien planet-themed area for Animal Kingdom will also include more than just rides, offering entertainment, shopping, and dining. Many are already calling it Disney’s answer to Universal Orlando’s highly immersive Wizarding World of Harry Potter. 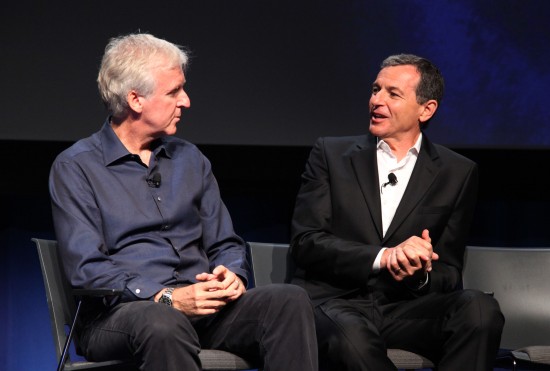 “James Cameron is a groundbreaking filmmaker and gifted storyteller who shares our passion for creativity, technological innovation, and delivering the best experience possible,” said Robert A. Iger, President, and CEO of The Walt Disney Company. “With this agreement, we have the extraordinary opportunity to combine James’ talent and vision with the imagination and expertise of Disney.”

“AVATAR created a world which audiences can discover again and again and now, through this incredible partnership with Disney, we’ll be able to bring Pandora to life like never before. With two new AVATAR films currently in development, we’ll have even more locations, characters, and stories to explore,” said James Cameron. “I’m chomping at the bit to start work with Disney’s legendary Imagineers to bring our AVATAR universe to life. Our goal is to go beyond current boundaries of technical innovation and experiential storytelling, and give park goers the chance to see, hear, and touch the world of AVATAR with an unprecedented sense of reality.”

“AVATAR is a uniquely powerful franchise that has global appeal with audiences of all ages. Its spectacular settings, intriguing characters, imaginative creatures, and strong themes of family and loyalty make it a perfect fit for Disney,” said Thomas O. Staggs, Chairman, Walt Disney Parks, and Resorts. “We can’t wait to give our guests the ability to journey to Pandora and explore the incredible immersive world of AVATAR in person.” 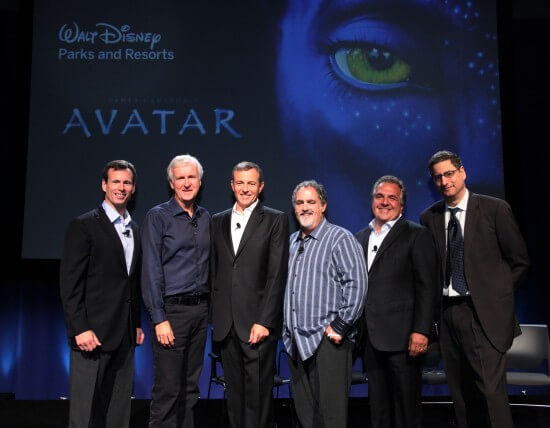 Mythical creatures were intended to be part of Disney’s Animal Kingdom theme park since its opening (the “Beastly Kingdom” project), but this is the first announced opportunity for Disney to showcase more than animals on Earth.

The project is said to cost around the same as the Cars Land expansion of Disney California Adventure, around $200 million. “Avatar” is the highest-grossing film worldwide ever, at $2.7 billion.

UPDATE: As promised earlier on the Disney Parks Blog, Disney Parks and Resorts chairman Tom Staggs has responded to a few fan questions about the addition of “Avatar” to the park. While dancing around the details (of which there is very little to share, as it’s all still early in the design phase), Staggs did address a few important concerns.

“Avatar” is rated PG-13 and features some adult themes and scenes, so is it family-friendly enough for a Disney theme park? Staggs responds:

“At its core, AVATAR is a film that embraces strong, positive themes of family, loyalty, living in harmony with nature and belief in oneself – all values that we share at The Walt Disney Company. You can be sure that these are the same themes that we will explore throughout our AVATAR lands. They will be places where friends and families can spend time together getting lost in a fantasy world, one of the true hallmarks of any Disney theme park experience.”

Why is the “Avatar” land ending up at Animal Kingdom and not Disney’s Hollywood Studios or another park? Staggs explains the fit:

“Disney’s Animal Kingdom is the perfect place for our first AVATAR land because at its core, the park gives guests the opportunity to experience the worlds of animals and nature – real and mythical – in whole new ways. With AVATAR, we’ve found the perfect opportunity to let our guests explore one of the most compelling mythical worlds ever conceived. Animal Kingdom also celebrates adventure, living in harmony with nature and environmental stewardship – themes that are deeply rooted in the story of AVATAR.”

And ultimately, why pull in “Avatar” to Walt Disney World rather than using a Disney creation? Staggs cites “imaginative creatures, fascinating locations, and intriguing characters” as the reason.

So just what attractions could be on the way for this new “Avatar”-themed area? Disney Parks and Resorts chairman Tom Staggs will be answering questions on the Disney Parks Blog later today, so stay tuned for more details – but don’t expect specific rides to be announced just yet.