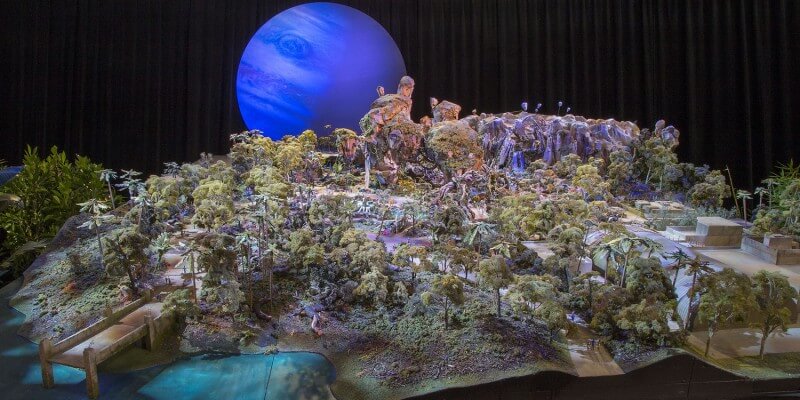 Some of Disney’s Imagineers working on the Pandora expansion to the theme park walked us through the project’s plans, including a view of the “Avatar” model changing from daytime to night views as well as a “pre-show” video of sorts explaining the story behind how guests will reach Pandora via Alpha Centauri Expeditions.