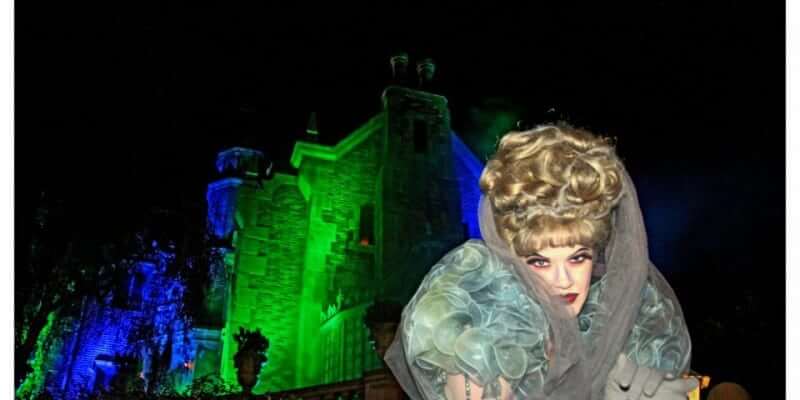 Welcome, Foolish Mortals . . . to another Inside the Magic Fav Five! In this ethereal edition, we’ll take a paranormal peek at five famous phantoms from Walt Disney’s Haunted Mansion attraction. Join me now, if you dare, as explore these fearsome phantoms “Practicing their terror with ghoulish delight” 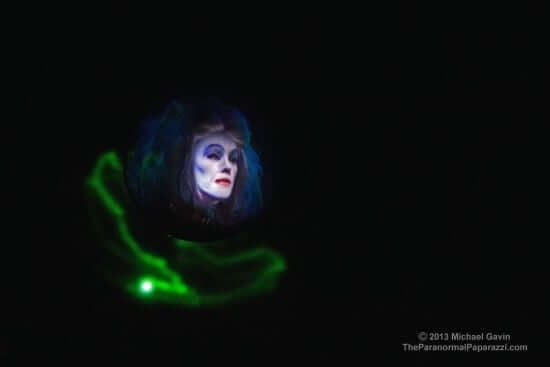 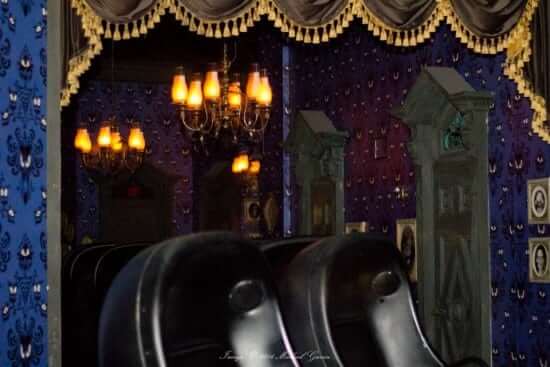 Originally our narrator-tour guide into the smoldering sanctum of the supernatural was not a ghost at all, but instead, a creepy crow called Lucifer his appearance is still seen in various locations throughout the haunted attraction. This non-corporeal entity is only heard by adventurous guests aboard their Doombuggies. Voiced by the Legendary Paul Frees (Fantastic Four’s The Thing, The Pillsbury Doughboy, Fruit Loop’s Toucan Sam, The Jolly Green Giant, and as the ghostly spokes-spirit Boo Berry). While Frees’ signature sound spooks the Haunted Mansions in Florida and California (except for Anaheim’s Haunted Mansion Holiday – when it is voiced by Corey Burton). Outside of the U.S. parks, the ghost host was originally Vincent Price who did the narration for France’s Phantom Manor (now voiced by Gerard Chevalier) and, in Hong Kong, by Teichir Hori. Soon(ish) to be the featured character of the new Guillermo del Toro reboot of the Haunted Mansion movie, this legendary apparition appeared, albeit briefly, when the New Orleans Square mansion opened in August of 1969. Due to technical limitations of the time, the desired illusion was not up to Disney standards and the gruesome ghost vanished from the attraction to become the stuff of legends. Depicted in a tall collared creepy cape, this wide-eyed, sinister smiling, the wild-haired haunt was seen adorned in a tall top hat and holding said hat’s box in his left hand. Apparently, the afterlife was brought about by beheading as this ghost’s head disappears –only to reappear IN the hatbox -with each heartbeat of the ghostly bride occupying the same attic he haunts.  Only appearing in Anaheim’s attic, the hatbox ghost made a resplendent reappearance some 46 years after his de-materialization and now once again haunts across from the black widow bride.  Note: Mr. del Toro assures us he IS still working on the project (see story here) This privileged paranormal personage plays the original Captain Nemo’s organ (as used in the Disney film 20,000 Leagues Under the Sea) to set the tone for the ghostly dancers in the ballroom of Disneyland’s (Anaheim) haunted mansion. A copy of this organ (and scene) is also featured at both the Florida and Hong Kong versions of the Haunted Mansion (which are essentially copies of each other – having the same façade and layout). Of note, this particular performance is part of the Pepper’s Ghost illusion of the Ballroom and its dancers – as a result of the reflection of the dancers on the angled glass, the ladies lead the men in this Grim Grinning Waltz.

Locked in an eternal battle over honor this two pistol-packing, nineteenth-century gentlemen duel to the death even in the afterlife. Portrayed materializing from portraits perched above the balcony (in the ballroom’s grand ghostly reveal), the two come to “life” to forever fire flintlocks at each other. This may have not been the original intention for these two feuding phantoms.  According to a fascinating story on the Long-Forgotten Haunted Mansion Blog (which includes impressive behind-the-scenes images), it seems that original artwork for the ballroom had these two taking potshots at each other above the fireplace. See that full story here. Her face actually appears twice in the ride – first as Madame Leota in the Séance Room scene and again a small figure reminding the departing to “Make FINAL arrangements now,” and to return with their Death Certificates. Though not the same spirit, the reason for the resemblance is both are the face of Disney animator Leota Toombs. While Toombs’ image haunts both ghostly figures, her voice only heard through Little Leota (the disembodied floating head of Madame Leota is voiced by Eleanor Audley, better known for her voice roles as Lady Tremaine/”Cinderella” and Maleficent/”Sleeping Beauty”). There are some to say Little Leota’s creepy callings support the fact that the departing guest is assumed to be a ghost as well (advising them to hurry back with their certificate of death). An unconfirmed theory about the exit from the attic has many assuming that the motion alludes to the rider backing up and through the attic window – to their untimely doom (the only confirmed truth of the traveling arrangement is that the Doombuggy turns to descend backward for safety reasons as it descends into the cemetery). There it is, the five favorite phantoms to reside at the Haunted Mansion. There is a sixth that would have been interesting to see.  Some concept art for the portraits with ‘follow you’ eyes indicates that Rasputin was also a suggested spirit for the ghostly retirement home (more on that here, in this story from Week in Weird). Which spirits especially spooked you at Haunted Mansion? Please place an epitaph honoring your favorite phantom in the comments section (six feet?) below: