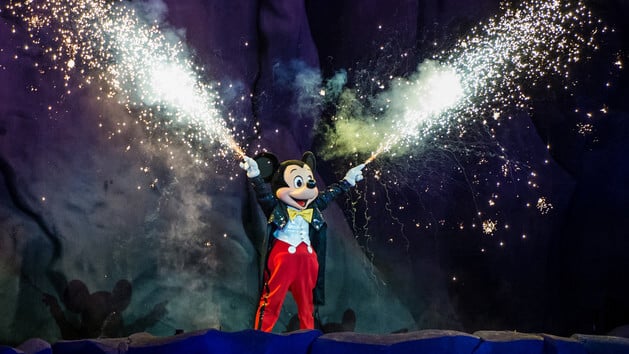 With the incredible amount of closures and changes we have seen happen in Disney’s Hollywood Studios at Walt Disney World in recent months some of you may be wondering if it’s still even worth it to make a visit to this park. Don’t fear, though the park may have decreased in size after a huge portion closed for Toy Story and Star Wars Land construction there is still tons of goodies left in this classic park. If you are a Star Wars fan there is no better park for you to visit then Disney’s Hollywood Studios. Here you will find everything from the Star Tours ride to Star Wars character meet and greets. The fact is that you will have a hard time to find any other Star Wars sights in the other three Walt Disney World parks which makes Disney’s Hollywood Studios your ultimate destination if you are a wannabe Jedi. You’ll also be able to end your night with the spectacular firework display Symphony in the Stars, which has been retooled for an even greater spectacle. Disney’s Hollywood Studios is a live entertainment lovers dream! The park is currently host to six different shows, ranging from action packed adventures like the “Indiana Jones Epic Stunt Spectacular” to tales as old as time in the “Beauty and the Beast Live on Stage” show. The not-to-miss nighttime extravaganza “Fantasmic” is also showcased each evening. This park doesn’t just have one of the best thrill rides on property but two of them. “Rock ‘n’ Roller Coaster starring Aerosmith” and “Twilight Zone Tower of Terror” are both excellent thrill adventures but add something really extra in the amazing theming. You cannot leave Walt Disney World without experiencing a rocking ride with Aerosmith and dropping in on the Twilight Zone Tower hotel. Another very unique attraction that Disney’s Hollywood Studios offers is the Toy Story Mania ride. Expanding on the Buzz Lightyear ride at the Magic Kingdom, this is the perfect attraction to bring the whole family on. The interactive element of competing against each other makes this ride a repeat favorite. This hidden little gem may be an attraction most people miss out on and I’m hear to tell you that you really shouldn’t. The exhibit and accompanying movie give a real history lesson of the Walt Disney World company and reminds you of the incredible man that started it all, Walt Disney. It really tugs at your heartstrings and is a rite of passage for any Disney fan!

Do you still plan on visiting Disney’s Hollywood Studios? What are your favorite attractions in the park?