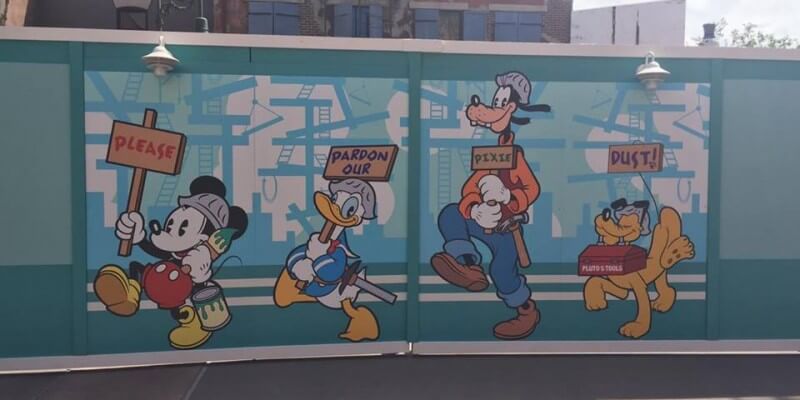 On April 2nd we saw the last day of operation for a significant part of Disney’s Hollywood Studios at Walt Disney World. The Streets of America and the Backlot area are now behind construction walls and the layout of the park is quite different, bringing with it a new energy and flow to the park, while leaving guests to wonder what exactly awaits them once construction is completed. You will now find walls up and restricted access by the Writer’s Stop, by MuppetVision 3D and by Mama Melrose’s in the Muppet Courtyard. Likewise, guests will be blocked off by the area beyond Toy Story Mania in Pixar Place. The walled off areas will in the future be the location for the new Star Wars and Toy Story land. Hollywood Studios also released a new park map reflecting the new changes and the renaming of the Muppets area to Muppets Courtyard.

By Pixar Place, the construction walls feature some concept art of the upcoming Toy Story land.