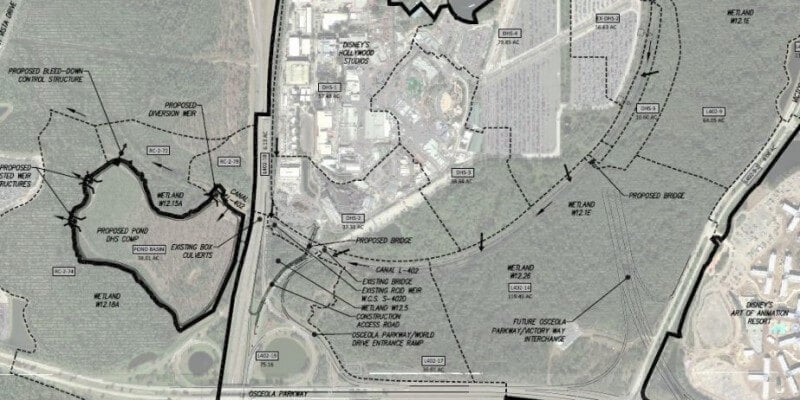 The site is also claiming that construction for the new areas will begin January, 2016 and finish by October, 2018. In this map we see an aerial view of Hollywood Studios with an overlay of notes and proposed additions. You can get a scale of just how much bigger the park will get and how Disney plans on handling the influx of visitors (and construction crews) with proposed bridges, parking and roads. With this rendering, we can see where Walt Disney World plans on filling in wetlands areas (in yellow) around the existing park (in green) to help incorporate everything that will be built. To offset this, they will be creating new wetlands (marked in blue) nearby near World Drive.

For more info, check out the original post over at mousehub.com.