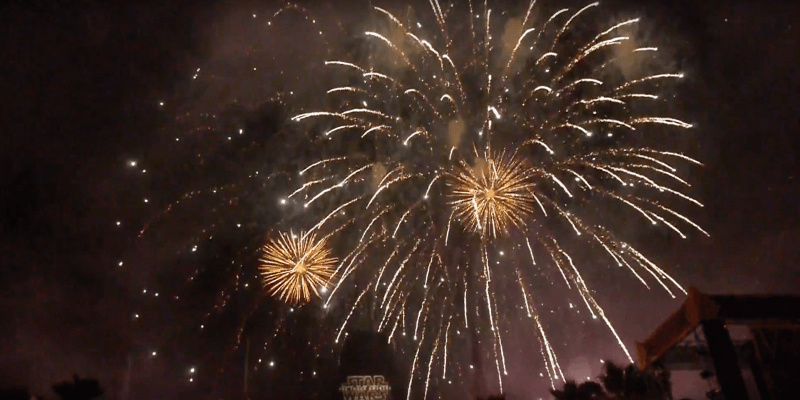 The new “Symphony in the Stars: A Galactic Spectacular” fireworks display at Walt Disney World’s Hollywood Studios made its debut Thursday, December 17 during the Star Wars: The Force Awakens Opening Night Event.

The show begins nightly starting December 18 and now features moments from “The Force Awakens” as well as an intro with First Order Stormtroopers. Captain Phasma made a special appearance for the event.